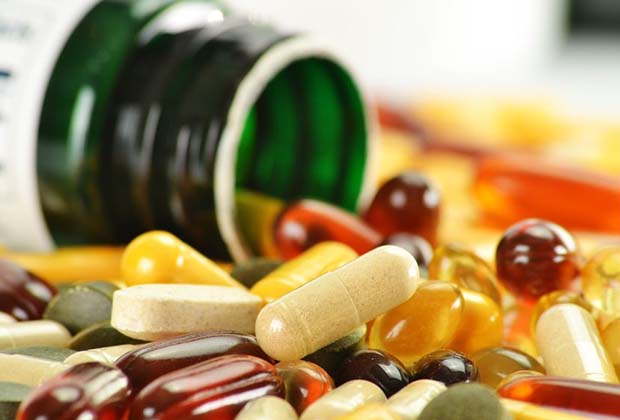 The ingredient industry is no stranger to halal, the Islamic dietary guidelines pertaining to food, pharmaceuticals, and personal care products. When globalization opened up commerce between developed countries and emerging economies in the 1990s, U.S. food companies rapidly embraced halal certification to overcome entry barriers into Muslim majority countries. The strategy paid off: U.S. companies gained access and market share to large, newly thriving economies like Indonesia, Malaysia, and the United Arab Emirates.

Nutritional, dietary, and functional foods, as well as ingredients, are a prominent category in halal-certified products. Among Islamic Food and Nutrition Council of America (IFANCA) certified companies, large nutritional corporations like Sunrider, Nutrilite, Abbott, DSM, Naturex, Kerry Group, Cargill, and Danisco (a Dupont Company) have used halal as an important growth strategy for many years.

Similarly, Nutrilite successfully introduced 67 halal-certified products in 11 markets from 2000 to 2010. In a 2010 interview, Nutrilite’s research scientist in technical and regulatory affairs and halal program coordinator Liliana Totoiu said halal certification was a natural process for the company as it listened and worked to fulfill customer needs in halal markets. According to Ms. Totoiu, the success of Nutrilite’s halal product strategy was its commitment to total customer satisfaction. “Approximately 240 million people, who translate to about 40% of the entire population of South Asia, with the majority in Malaysia, Indonesia, and Brunei, are halal product consumers,” added Totoiu.2

Ingredient companies have also done well when they’ve communicated their products’ halal status. Take the example of DSM, a leading nutritional ingredient supplier. DSM began its halal global strategy in 2008, even though its products were halal for many years. According to Stephan Heck, senior director of quality management at DSM Nutritional Products, halal certification “stimulated curiosity from management to the shop floor level, creating a desired outcome in culture, diversity, and inclusion.” As a B2B player, DSM supports its B2C customers with meaningful information about the nutritional value of DSM’s halal products and their corresponding manufacturing and supply process. Heck said the halal certification experience has been positive and that “beyond growth, halal certification is also an acknowledgement of [DSM’s] Quality Policy to be ‘First Choice.’”

Today, the growth in the halal-certified nutritional product category shows no signs of slowing down. Halal dietary supplements, vitamin pills, and nutritional foods are crossing regional borders; our IFANCA auditors are now traveling to China and Peru as much as they travel to companies in the United States and Canada. In recent years, the number of private and mid-size companies gaining halal compliance has also increased. Chemi Nutra, a privately held pharmaceutical and nutraceutical company best known for its introduction of phosphatidylserine (PS) and alpha-glyceryl phosphorylcholine (A-GPC), received halal certification in 2009. According to Chase Hagerman, Chemi Nutra’s business development and marketing manager, the company decided to get halal certification for its branded ingredient SerinAid PS due to its worldwide appeal and to prevent any limitations to the brand. “In addition to enhancing the marketability of SerinAid PS, non-Muslims appreciate the third-party credibility IFANCA’s halal certification offers,” said Hagerman. He also added, “It’s hard to pinpoint a direct monetary impact halal certification made, but it was certainly worth it as we are regularly asked by contract manufacturers and finished-product marketers for the paperwork.”

Today, nearly every consumable business with an eye on global trade has incorporated halal as part of product formulation. What changed? According to the Pew Research Center’s Forum of Religion and Public Life, Muslims make up 1.6 billion of the world’s population and are one of the fastest-growing consumer demographics. The center projects the global Muslim population to grow at twice the rate of the non-Muslim population over the next two decades, estimating that by 2030, Muslims will make up 26% of the global population, at 2.2 billion.5 Experts also highlight the Muslim market’s “youth bulge” as another driver for halal goods demand. Sixty percent of the Muslim market is under 30 years old, and 87% of Muslims describe the religious aspects of their lifestyle as “very important.”6 These facts point to an increasing demand for halal-certified nutritional and wellness products as this Muslim population grows and ages.

We also believe the demand for halal nutrition and dietary supplements has increased due to growing global consumer awareness and desire for wellness products. Take the example of Indonesia. The largest halal foodspending country ($197 billion in 2013), Indonesia now ranks third in terms of Muslim pharmaceutical spending.9 Could it one day become a leader in halal pharmaceutical spending as well? As the fourth most populous country in the world, it is an attractive market for nutritional companies. Despite the low spending on healthcare ($17 per capita on pharmaceuticals), health-consciousness has made vitamin and nutritional supplements more popular and increased total sales by 11% from 2009–2010. According to Global Business Guide, consumers prefer over-the-counter drugs to prescription drugs. This has fueled a 17% growth rate for over-the-counter drugs compared to a 10% growth for prescription drugs. It is also expected that the demand for nutritional and dietary supplements will increase with the implementation of the National Social Security System in 2015.10

Our overview of seasoned and new players in the nutritional industry demonstrates that halal-certified companies have a clear advantage over their non-halal–certified competitors. However, while participating in the halal market requires halal certification, communicating with halal consumers is also important. Given the speed at which information travels through social media and the Internet, it is prudent to show halal consumers in non-Muslim majority markets the halal status of products. A conscious strategy, combined with proactive consumer engagement, will provide the best results.

Muhammad Munir Chaudry, PhD, is a 30-year veteran of the food industry. He is the president of the Islamic Food and Nutrition Council of America (IFANCA), a leading organization providing halal certification, consulting, and education services to the industry. Chaudry is also a member of the Institute of Food Technologists; an expert consultant to the World Organization for Animal Health; coauthor of Halal Food Production; and a highly sought-after speaker at global halal conferences. Chaudry received his PhD in food chemistry from the University of Illinois, Urbana-Champaign; MS degrees from the American University in Beirut, Lebanon, and Agricultural University in Faisalabad, Pakistan; and a BS degree from the Agricultural University in Faisalabad, Pakistan.

Previous: Kuwait to host Gulf Conference on Halal industry next month
Next: UK: Schools in Leicester withdraw Halal meat from their menu