Dubai sales of Shariah-compliant debt are set to surge should the emirate win Expo 2020 as the sheikhdom finances the building of roads, railways and an airport expansion for the event. 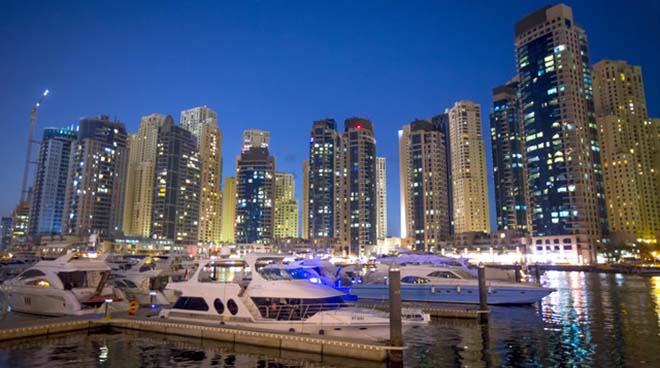 Luxury yachts are seen surrounded by skyscrapers as the sun sets over Dubai Marina, in Dubai. The second-richest member of the United Arab Emirates is one of four cities competing for the world fair, which will be awarded today by the Bureau International des Expositions in Paris.

Dubai winning the right to stage the Expo 2020 exhibition will be a major boost for its ambition to be the hub of the global Islamic economy, according to senior executives in the teams involved in both initiatives.

A summit on the global Islamic economy opened in the emirate yesterday, shortly before the Expo decision is announced tomorrow, with more than 3,000 leaders of the Muslim business world attending.

The second-richest member of the United Arab Emirates is one of four cities competing for the world fair, which will be awarded today by the Bureau International des Expositions in Paris. A win would spur construction projects, higher government spending and more issuance, Hussain Al Qemzi, chief executive officer of Noor Islamic Bank, said in an interview at the Global Islamic Economy Summit in Dubai yesterday.

Sheikh Mohammed bin Rashid, Vice President of the UAE and Ruler of Dubai, has set a three-year timetable for the emirate to be the centre of the Muslim world economy.

Hamad Buamin, the president and chief executive of the Dubai Chamber of Commerce, who has worked for Dubai on both initiatives and who gave the welcoming speech at the summit, said: “If Dubai wins Expo it will be a better platform for the 1.6 billion Muslims in the world. It is a better location for the Islamic world than the other contenders.

Dubai would spend almost 6 billion euros ($8.1 billion) on infrastructure projects ahead of the expo, Sheikh Ahmed bin Saeed Al Maktoum, head of Dubai’s Supreme Fiscal Committee and chairman of Emirates Airline, said Nov. 17. The sheikhdom set a three-year timetable to become the capital of the Islamic economy globally, and state-owned companies, including Emirates and the Dubai Electricity & Water Authority, have sold sukuk in 2013.

“The Expo would mean significant infrastructure spending,” Adnan Chilwan, CEO of Dubai Islamic Bank PJSC (DIB), said in an interview at the conference yesterday. “Raising funds would require the right financial structures and, in my mind, capital market transactions, bonds or sukuk will see a surge. The way the wind is blowing, sukuk may be the preferred route.”

“The Islamic economy will be a major part of the Expo event, and if Dubai wins it would encourage all parts of industry, not just financial services, to get more involved in the Islamic initiative, especially in tourism, lifestyle and entertainment,” he added.

Another senior Dubai policymaker, who requested anonymity, said: “I see the Islamic initiative and the Expo both as part of Dubai’s key economic strategy. They go hand in hand.”

The summit, organised by the Dubai Government and the information group Thomson Reuters, aims to bring together major players in Muslim business world to discuss practical strategies to exploit the opportunities of the Islamic economy, estimated to have a potential value of US$6.7 trillion, one of the biggest concentrations of economic power in the world.

The summit’s remit goes beyond Islamic finance to cover halal food and other Sharia-compliant consumer products like cosmetics and pharmaceuticals, as well as tourism, entertainment and media.

In his address Mr Buamim said: “We have the opportunity now to lay the foundations for a strong and vibrant global Islamic business community that is united under the same religion. Working with global partners, Dubai is seeking to bring the Muslim world together under the concept of the Islamic economy.” 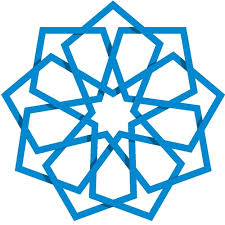 Mark Mobius, an emerging markets fund manager at the investment firm Franklin Templeton, injected a note of controversy when asked which of the three centres would emerge as the global leader.

“London doesn’t have a chance because of high taxation and too much regulation,” he said. “The increase in regulation is inhibiting free markets in the UK and Europe, where they are spending an increasing amount of time on compliance.

“This is all very expensive. So places in the Middle East like the UAE have a great chance to become the global leaders.”

Earlier in the summit the audience heard from Baroness Warsi, the British foreign office minister, on how London was focusing on Islamic financial business, and had just become the first non-Muslim country to issue a sovereign sukuk with a £200 million (Dh1.18 billion) Sharia-compliant bond.

Ahmed Ali Al Madani, the president of the Islamic Development Bank, was awarded a “lifetime achievement” award by Sheikh Mohammed for his role “as a significant pioneer of the Islamic economy”.

Mr Al Madani urged Islamic business leaders to be innovative and improve the business environment, especially in banking. “I also call on the leaders of the world economy to be aware of the significant role Islamic finance plays in the world economy,” he added.

Obaid Humaid Al Tayer, UAE Minister of State for Financial Affairs, said: “Adopting Islamic tools will allow you to avoid the risks and have a safe economic environment, and provide an ethical system for business.”

Gerald Lawless, the president and chief executive of the Jumeirah hotels and leisure group, said the trend in the hotel business was for family-friendly facilities that reflected Islamic values.

“We are considering adapting our website to ask potential customers ‘what are your cultural preferences’, and we’re having talks with our owner, Dubai Holding, about the possibility of ‘family only’ parts of our hotel beaches,” he added.

Saleh Abdullah Lootah, the managing director of the Dubai-based Al Islami halal food company, said development of the global industry had been hampered by failure to agree on common standards and poor quality.

In finance, Dubai contends with Kuala Lumpur and London for the role of global hub of the investment industry.

Sukuk issuance is set to jump from just over $51 billion this year to about $60 billion in 2014, Moody’s Investors Service said in a report dated yesterday. The yield on Dubai’s $650 million May 2022 bond has risen 49 basis points this year to 4.81 percent at 12:30 p.m. in Dubai, according to data compiled by Bloomberg. That compares with a 96 basis-point increase in 10-year Treasuries to 2.72 percent.

The emirate’s credit-default swaps, contracts for insuring its debt against default for five years, tumbled to 217 basis points yesterday from 445 at the end of 2011.

“If you look at Dubai’s CDS compared to what they were during the crisis they have substantially come down,” Chilwan said. “A win of the Expo would give Dubai more credibility and something to look forward to” which could further lower borrowing costs, he said.

Winning the Expo could boost Dubai’s economic growth to 6.4 percent over the next three years, Barclays said in a research note yesterday.

The emirate will speed up plans for a 5 billion-dirham ($1.36 billion) expansion of the city’s metro network if it wins the bid, Dubai’s Roads & Transport Authority said in June. A new purpose-built exhibition center with themed pavilions will be constructed in the desert south of the city, according to Dubai’s bid website.

The potential increase in spending raises risks of further debt accumulation by Dubai entities, Barclays said. The emirate roiled global markets with a request to delay $25 billion of debt payments in 2009. Government-related companies including Dubai World Corp. and Nakheel PJSC were forced to re-negotiate with lenders.

Turkey’s Izmir, Russia’s Ekaterinburg, and Brazil’s Sao Paulo are also in the running to host the more than 160-year-old event. Confidence has been building in Dubai, where sukuk yields, particularly for real-estate developers, have fallen amid expectation of a win.

Emaar Properties PJSC (EMAAR), developer of the world’s tallest tower, saw yields on its $500 million sukuk due August 2016 tumble 88 basis points this year to 3.53 percent yesterday, according to data compiled by Bloomberg. The yield on Nakheel’s 4.27 billion-dirham sukuk due the same month slid 226 basis points, or 2.26 of a percentage point, to 7.01 percent.

“Expo is only part of the Dubai story,” Moinuddin Malim, chief executive officer of Mashreq Al Islami, said in a Nov. 25 interview at the conference in Dubai. “They have a very good master plan. Hopefully when they win the Expo, we will see that plan put through its paces.” 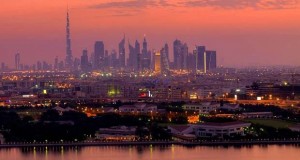