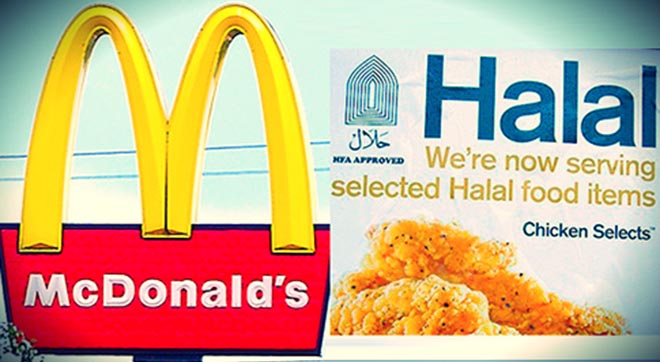 As we know a few years back no one bothered much about the ingredients and process of commercial products at the supermarkets, but now people are much concern about their health safety. Now people choose products with quality labels on the products such as ‘organic’, ‘vegetarian’, ‘fair-trade’ or ‘heart-friendly’, now manufactures have realized that consumers are getting more aware about their health, and check the labels for buying the best in the market. Products with the consumer friendly labeling is liked most by the customers. As the manufacturers are trying to meet the demands of consumers a new term ethical consumerism is getting popular.

According to a survey conducted by conagra foods, 95 percent of customers would prefer buying products with quality marks. Including taste, convenience and nutrition.

“Consumers are looking for seals of standards that they recognize and that they trust as a mark of quality food”, said Garth Neuffer, ConAgra’s communications director.

“What a lot of people are looking for now is an ingredient you can’t put on a package: more time.”

Given the feel-good factors in all of these concepts, it is interesting to note that Halal readily encompasses all of these values, and more. A Halal logo should not only guarantee that the product does not contain what God has forbidden, it should also indicate that the product was produced by a company that does business in an ethical and morally-acceptable manner.

As we know in Islam everything we consume should be Halal, and all ethical values are basis for Halal rules and Islamic Shariha .

Fair-trade. Is an organization which certifies that the fair-trade mark products are correctly labeled, and also assures the producers that they will get minimum of a quality product, its labeling and the amount spent on its advertisement and social welfares.

Sounds much like a Halal economy if you ask me; i.e. the sourcing of Halal ingredients from suppliers at a fair price, then manufactured within a Halal facility that practices ethical business, using pure Halal funding, and traded with other Halal businesses around the globe. Such an economy may be a bit far off from what we have now, but it is definitely not impossible.

Take mecca cola for instance its one of world’s most renowned brands. Sold in more than 64 countries worldwide,  gives 20 per cent of his company’s shares to an NGO that helps distribute half of his profits to Palestinian children and another half for the local charity where his soft drinks are sold, including in Israel.

“With its very humble beginning, Mecca Cola has managed to change a lot of things,” he said. “For instance today, we have 486 new brands within the Arab and the Muslim world that follows the example of Mecca Cola of doing business using charity. This will create a new dynamic way of doing business.”

Recently more and more non-Muslim producers are trying to get Halal label on their products because it serves much better than ethical consumerism.

“We expect and hope that our products will sell among those seeking products with Halal certification. However, we neither sought data nor measured what this would mean in the way of increased consumerism reach. It was a value based decision, not a ‘potential profit’ driven decision,” he added.

This echoes what is being said by The San Francisco Chocolate Factory, which produces 100 per cent organic and fair trade certified chocolates.

“We felt very strongly that it was important to incorporate the principles of fair trade into this new product,” said general manager Robert Kopf.

“We are very proud and happy to have been able to bring a socially responsible product to the market that not only meets our high quality standards but also supports a better life for the families and communities most directly affected by the cocoa business,” he added.

This “socially responsible product” should explicitly been produced by an industry of morality, as pointed out by Kerchin Cattle Industry of Inner Mongolia. Without being guided by morals or ethics, businesses are left free to do whatever they please; including toying with consumer’s health and lives in the name of bigger margins and profits.

Halal, as it continues to be unraveled, is actually an all-encompassing concept that demands serious consideration by all manufacturers and businesses, especially the ones that already believes in the concept of ethical consumerism. As they say, if you can’t beat them, join them.