The Halal industry needs capital and the Islamic finance industry has surplus liquidity and limited investment opportunities; so why aren’t the two working together, asks Rushdi Siddiqui 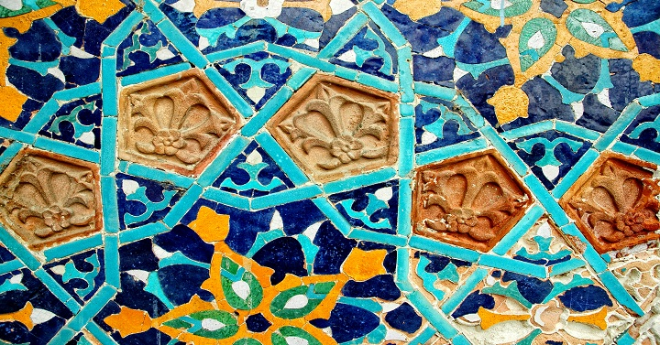 Azka Capital Co-Founder and Managing Director Rushdi Siddiqui commented that getting qualifications in Islamic Finance has never been easier, with a number of leading institutions of higher education, including Harvard, Oxford and SMU, offering the course. However, getting a related job upon graduating is a separate challenge.

Islamic finance and the Halal industry share common values as both are mentioned in the same chapter of the Quran, Al Baqarah, yet there is very little communication, connectivity, and collaboration between the two.

These two compliant niche markets need to not only better understand each other, but, more importantly, need to connect Islamic liquidity to Halal opportunity.

Today, investors and companies are looking for a BRICS type opportunity, and a combined $4 trillion industry is a compelling market.

To better understand the ‘dynamic duo,’ the time is ripe to have high level discussions on the state of the two niche markets in a mapping context.

We need to consume food before we start to think about investing or financing. About 95 per cent of the 1.8 billion Muslims do not have access, interest, or availability to Islamic finance, and, yet, they seem to be content.

The Halal industry, with its default reference to food, is not only available in all 56 Muslim countries, but also all the G20 countries, including the BRICS, Brazil (exporter) Russia (consumer), India (consumer and exporter), China (consumer and importer) and South Africa (consumer, importer/exporter).

Thus, Islamic finance can expand its business into the least developed Muslim countries for basic offerings on the coattails of Halal by way of, say, mobile banking.

In today’s Islamic finance industry, Shari’ah scholars allow minor amounts of interest or impermissible income on investments, as long as purification is undertaken. Furthermore, the law of necessity, as an interim position, is often invoked in non-Muslim countries to partake in non-compliant offerings, like insurance (where Takaful is not available), vehicle financing, deduction of profit rate (interest) on Islamic mortgages in, say, the US.

If traces of pork DNA are found in, say, Halal burgers, it makes the consumption impermissible unless done so under life threatening circumstances, when the law of necessity can be invoked.

However, Muslims do not own and control the Halal food supply chain, unlike the situation with Islamic banks and Takaful operators, hence, integrity risks (contamination) are increasing.

As Islamic finance moves from Shari’ah compliance to Shari’ah-based, (Muslim-owned) Halal may be a benchmark to follow.

The alternative to Halal is Kosher, where Muslims in, say, the US are bigger consumers of Kosher than Jews, due to availability issues. Furthermore, the Kosher industry is a defender of Halal, and, vice-versa, when it comes to religious slaughtering issues (non- stun) in places like Poland.

Thus, Plan B for Muslims (Kosher food) is generally better understood and acceptable than Plan B for Islamic investing (social-ethical investing). On the financing side, there does not appear to be an alternative for Muslims.

Non-Islamic institutions like HSBC, CitiGroup, Morgan Stanley, Nomura, McKinsey, Ernst & Young, Clifford Chance, Norton Rose, etc., have been in the Islamic finance space for many years to address (existing or potential) client demand in the form of division, windows and subsidiaries.

An interesting observation is very few, if any non-Halal companies with Halal offerings have left the Halal industry, unlike the situation with Islamic finance entities, like HSBC Amanah scaling back its Islamic operations in countries such as the UK. In fact, most of these companies have expanded operations as the Muslim demographics, population, per capita income, etc., has been rising.

Furthermore, the humane treatment of animals, which are granted a free range existence before a Halal slaughter, has increased the base of non- Muslims customers.

Yes, there are issues concerning stunning in Europe and the US, but as more information and independent studies about Halal come to light, it will become more acceptable.

COST OF BEING MUSLIM

Is there a cost to being a Muslim (CoBM) for compliant offerings, be it finance or food?

Today, Islamic finance products are marginally more expensive than conventional counter part offerings, but the costs were substantially higher previously. Is this because of the extra costs of paying scholars, setting SPVs, and documentation? The other challenge is the bandwidth of product offerings, be it financing or investing, is much narrower than in the conventional space due to Shari’ah restrictions, size of the offering institution (risk), etc.

The pricing of Halal products, much like Kosher, is estimated to be 20-30 per cent higher than non-Halal, yet Muslims still consume and Halal continues to grow at 20 per cent per annum. Muslims may consume less or purchase generic Halal brands during economic downturns, but they will not comprise with Halal. On the product offering, Halal is almost complete when compared with the conventional space, including the availability of Halal beer.

Once the industry players reach size and scale, via consolidation as fragmentation exists in both niche markets, it is hoped savings will be passed to customers as the market will be more competitive.

Islamic financial institutions, banks or Takaful operators cannot compete with conventional banks, because they lack balance sheet size, hence, are statistically insignificant to banks like CitiBank and Prudential and seen as junior players to local banks like National Bank of Abu Dhabi, Qatar National Bank, National Bank of Oman or SAMBA. The small capitalised Islamic banks are not willing to be acquired notwithstanding encouragement from regulators, but there have been some encouraging developments in Bahrain and Dubai.

The Halal industry players are even smaller players, with many small family-owned businesses. A ‘Muslim Nestle,’ will only happen inorganically, hence, consolidation is key for Halal to be taken seriously, especially by the Muslims. The Halal SMEs are open to acquisition, but it must be by firms that can grow their business and not pile on debt to take-out dividends.

The Islamic finance industry is estimated to be about $1.3 trillion, but it is confined to selected Muslim countries, like the UAE, Malaysia, Bahrain, Saudi Arabia, etc., and has a sporadic presence in G20 countries, like the UK, where there are five FSA-approved Islamic banks (four wholesale and one retail, Islamic Bank of Britain, which has so far required two capital injections).

The Halal industry is about twice the size of Islamic finance, estimated at $2.6 trillion, and is broken down to real economy sectors of food, pharmaceuticals, cosmetics, and logistics. According to David Smith’s Global Futures and Foresights Study, “The global Halal market is a $2.6 trillion industry and it will be a $10 trillion dollar industry by 2030.”

Today, Halal is a better indicator of Muslim presence in non-Muslim countries, like UK and US, than Islamic finance.

Industry bodies serve a number of functions, from reducing high information search costs and standardisation to protecting the integrity of the industry.

Today, Islamic finance is well positioned to provide guidance to the Halal industry, as there are standards for accounting and auditing (AAOIFI), prudential regulations (IFSB), hedging and liquidity (IIFM), industry information (CGBAFI), education (INCEIF), research (ISRA), and so on. These bodies have raised the profile of the countries such as Bahrain and Malaysia, and the two countries have raised the profile for the industry bodies.

Halal is less time sensitive than Islamic finance, hence, the time has arrived for a Halal Gateway to put all information about Halal on one platform, as this builds the foundations for B2B platforms and Halal e-trade platforms.

For example, Hussein Al Qemzi, CEO of Noor Islamic Bank, recently stated, “Disagreement and different interpretations, over what is Shari’ah- compliant and what is not, continue to make it difficult to establish the necessary regulations for the industry to develop globally accepted products.”

Halal needs to get its act together on establishing an industry body that houses all the certification bodies and certification processes on one platform to:

Getting qualifications in Islamic finance has never been easier, with a number of leading institutions of higher education, from Harvard and Oxford to Singapore Management University and INCEIF; however, getting a corresponding industry job upon graduating is a topic for another day.

I was proud to lead a team at Dow Jones Indexes, to offer an online course on Islamic investing, as part of Dow Jones University in early 2000.
The Halal industry does not have such institutionalised offerings, and when I presented at INCEIF several months ago on Islamic private equity funds with focus on the Halal industry, and encouraged the President of the university to offer courses on Halal, I got the nod. We are still waiting for a press release from INCEIF on the subject.

The first Islamic equity index (by an index provider) was launched by Dow Jones Indexes, Dow Jones Islamic Market index, in 1999, and now all index providers have similar compliant indexes. Thus, there are more than 1000 Islamic indexes, with investment products like funds, structured notes, ETF, etc., with approximately $30 billion in collective assets under management.

The first Halal Food Index, SAMI, was launched in 2011, with about 240 companies from 15 Muslim countries. To date, there are many similar products, but, more importantly, Halal is now positioned as an asset as indexes are DNA for investing. The SAMI index may well lead the convergence between Islamic finance and Halal. For example, many of the Halal companies have conventional debt, hence, violate the Shari’ah debt ratio. Thus, one can consume the food of the Halal company, but one cannot invest in it. Here, there is an opportunity for asset-backed Sukuk to refinance conventional debt, assuming it makes economic sense.

The Shari’ah scholars are the recognised ambassadors of Islamic finance, but are less-known than Imams by locals at retail level.

The top 10 scholars, whilst known globally at wholesale level, are not recognised by the man on the street in many of the Muslim countries embarking on Islamic finance, but the local Imams are recognised, respected, and trusted by the community.

The UK-based National Halal Food Group, as reported in The Grocer Magazine in 2009, had Jermaine Jackson, elder brother of the late Michael Jackson, as its brand ambassador. Are there lessons for Islamic finance, especially if it wants to connect to the next generation of customers?

Would Sami Yusuf, heralded by Time Magazine as ‘Islam’s biggest rock star,’ be a good ambassador for Islamic finance and Halal? What about Muslim cricketers and footballers?

Napolean Bonaparte said, ‘…There are only two forces that unite men – fear and interest.”

Observing Muslims ‘fear interest,’ but they can also do something about it by starting the convergence between Islamic finance and the Halal industry.

So, Islamic finance, let me introduce you to your twin brother, Halal, and let’s start the conversation to execute convergence

Rushdi Siddiqui is Co-Founder and Managing Director of Azka Capital, a private equity advisory firm for the $2.1 trillion Halal industry.

Previous: QATAR: Turkey to host the 9th International Conference on Islamic Economics and Finance
Next: Malayasia and UAE tie up to boost economic ties, Islamic Finance