Opinion: Call to unify halal standards in the UAE

By Caline Malek, The National 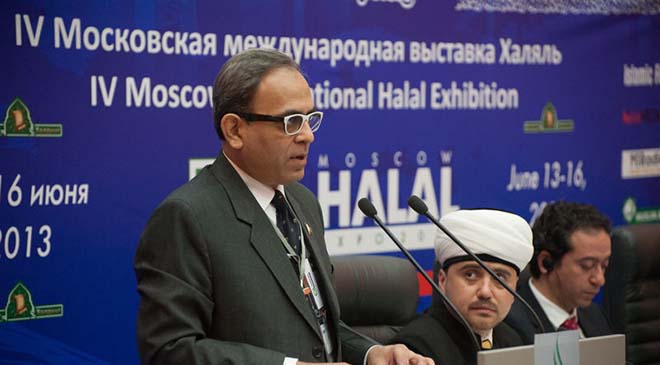 ABU DHABI // Dubai is in the process of creating a halal-accreditation body and a food-testing laboratory to ensure that all food products entering the emirate are in fact halal.

Asad Sajjad, secretary general of the Halal Development Council, said there was still a need for a unified local and regional certification body because different standards around the world had led to confusion among consumers and authorities.

“One of the problems we have in the world is the same problem happening here, which is thinking like we are the centre of the halal world,” Mr Sajjad said at the SIAL food conference in Abu Dhabi on Tuesday. “Big players like Turkey, Malaysia, Iran, Indonesia, Saudi Arabia and the UAE should help to harmonise these standards.”

He said too many countries were using their own set of standards, which was an obstacle to trade.

Mr Sajjad said: “The turnover of the global halal market is between two and a half to three trillion dollars a year. Yet we have difficulties and standards are important for trade, because they help in compatibility, they simplify the product development and the speed of time to market.”

He said unified standards would also make it easier to understand and compare competing products.

“The production and distribution of food has become international. There are many emerging issues that were not known at the early time of Muslim scholars. Now, ingredients, packaging and [consumption] are global and sourced in different locations so producers, suppliers and retailers should understand halal processing requirements, international laws and Islamic legitimacy constraints to produce halal products.”

With more than 300 halal certification bodies in about 48 countries, confusion among consumers and authorities has increased.

So far, none has the sole responsibility for halal certification.

Mr Sajjad said: “This isn’t helping halal to become harmonised. Let’s not forget there are other emirates, Sharjah and Abu Dhabi – what about them? There should be an Emirates accreditation centre to better help the halal situation. It’s at an infancy stage, nobody knows what is halal as such.”

He said the council was lobbying for the finalisation of a halal trade agreement among OIC member countries.

“Halal-certified products should be universal, especially as the Islamic consumer market is the fastest growing in the world,” said Mr Sajjad. “The global demand for halal food is increasing but different standards are the biggest barriers. We need a common platform and the OIC-Standards and Metrology Institute for Islamic Countries has taken the stand and the lead to have one set of halal standards in the world.

“There should be one halal logo and one test, because if it’s done in this country and it is exported to a neighbouring country, it should not be retested,” he said. “The UAE is the chair of the halal food technical committee of the OIC standards, so it’s even more important for the UAE to work towards harmonisation.

“If there’s confusion here, everyone else will be confused so it has to be clarified and the government should concentrate more and invest more in creating awareness among the local manufacturers, exporters, importers and local population about traceability.”