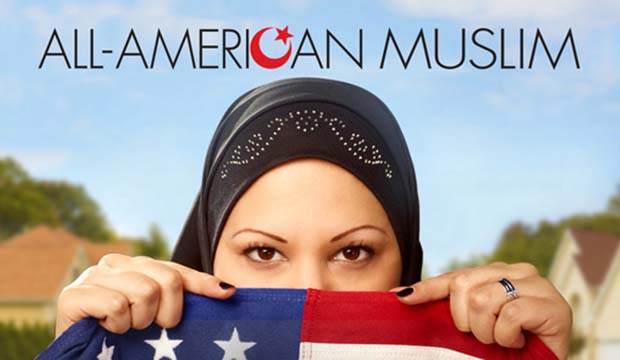 Melanie El-Turk launched a modest fashion clothing line a few years ago out of her apartment in Chicago’s Streeterville neighborhood—joining the populous ranks of business entrepreneurs.

What makes El-Turk stand out is that she is in the vanguard of a movement to better reach a growing but not yet widely recognized market niche: consumers who, like El-Turk, are American Muslims.

She started Haute Hijab because she did not feel that mainstream fashion catered to the modern young American Muslim.

Haute Hijab is what you might characterize as a mix of haute couture and the hijab, the religious dress code to which many Muslim women adhere.

El-Turk now runs her online Chicago business from Dubai. She says she specifically designed her brand as a means to support young Muslim women growing up in the United States.

She says she found, while talking to young girls, that they struggled a lot with their identity.

“One issue that always used to come up was hijab. Just as someone who always embraced hijab, it pained me to see people struggle with whether to wear it or keep it on,” she said.

On her website, El-Turk promotes modest fashion as something modern and classy. And she says she discovered an underserved market while developing and promoting her brand.

A 2010 study by the marketing firm Ogilvy Noor reported that the American Muslim consumer market was worth $170 billion.

The U.S. has an estimated 8 million Muslims, according to Lisa Mabe, founder of multicultural marketing firm Hewar Communications.

She says that makes for a lot of purchasing power: “There are millions of consumers just waiting to see which brands will be smart enough to engage with them, and those who do will see first-hand not only their spending power but their brand loyalty and brand advocacy.”

Mabe said missing the Muslim market today would be like missing the Latino market in the 1990’s.

But big American companies have yet to latch on to this demographic — leaving an opening that is being filled by Muslim entrepreneurs.

Simply Zeena is another modest fashion company whose designs are commonly worn by fashion-conscious Muslim women in the city.

Amany Jondy, a former Chicago resident, said her company was founded because she felt there was something missing.

“It was the typical frustrated, not being able to find the sort of everyday American-inspired looks that were modest,” she said, describing the issue that prompted her to start her own company.

Jondy says she is now making enough money to continue producing new clothing collections for every season. “Our goal is to be making much more than what we’re making now, but we’re self-sustaining and we’re profitable,” she said.

Fashion is certainly not the only field in which Muslim entrepreneurs are involved. The halal food scene, for instance, has really taken off in the past few years.

Sameer Sarmast lives in New Jersey, where he blogs and films a Web series about halal restaurants around the country. His popularity in the Muslim community prompted demand for a halal food tour.

“You mention food to anybody, food is a common denominator it will bring people together,” Sarmast said.

Sarmast, who brought his tour to Chicago, this past August, said, “The whole idea of halal is growing even beyond the Muslim realm. I feel like it’s just going to get bigger and bigger.”

And it does seem to be growing.

Adnan Durrani is CEO of Saffron Road, which produces frozen foods, packaged broths and dry goods. The selling point? His products are halal, organic, and non-GMO.

Durrani says the initial idea for his company came after the events of 9/11, when he wanted to find a way to focus on the positive aspects of Islam.

“I started thinking of ways to create a business model that was socially responsible, that could reflect the values that I felt were important to me in my faith, and not what I was seeing in the media,” Durrani said.

Just five years ago, he noticed an uptick in the halal food market in Europe.

“Unlike England or France, where the majority of Muslims are below average education level … in America, the American Muslim demographic was the complete opposite. And that was kind of my wow moment,” Durrani explained.

He said was fascinated by studies that delved into the demographics of the American Muslim market, and what he found amazed him: “What I saw was that they were much more educated than the average American. According to Gallup, 67 percent more educated; 80 percent of them are below the age of 40. And so I looked at these statistics and said, ‘Wow, this is really a marketer’s dream.’”

Durrani said his company saw $18 million in retail sales in 2013, and is projecting 100 percent growth this year—the kind of numbers that are unlikely to go unnoticed by traditional big manufacturers and retailers.

Durrani said he is confident that as the Muslim population in the U.S. grows, more companies will start to go after their business.

Mariam Sobh is a news anchor and reporter at WBEZ. Follow her @mariamsobh.