Tuna products would be the first batch of fish products to be Halal certified for export, Islamic ministry said Tuesday. 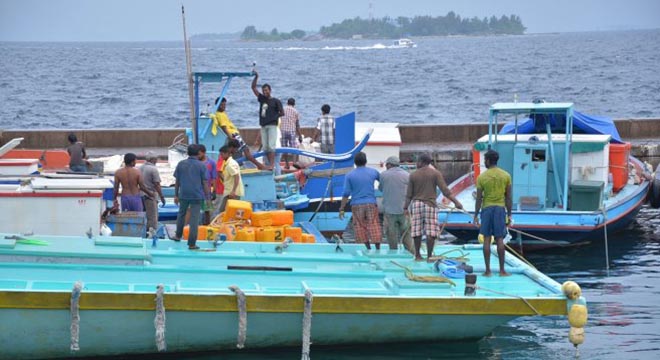 A fishing vessel anchored at the harbour in capital Male on December 10, 2013. The government has decided to Halal certify fish products for export to Arab markets. HAVEERU PHOTO/ NASRULLA SOLIH

Permanent secretary at the ministry Mohamed Didi said a draft regulation on Halal certifying fish products has been sent to the president’s office for gazetting. The certificate would be issued in partnership with the fisheries ministry and economic ministry, he added.

“We will vet applicants in order ensure that they are fish exporters. Standards will also be followed in issuing the certificate,” Didi said.

Maldives’ fish exports to European countries are currently exempted of duty. However, as the Maldives has been removed from the least developed countries category, the exemption will expire in December.

The EU is objecting to extend the Generalised Scheme of Preferences (GSP) Plus status to the Maldives as the country has included reservations in two international accords out of the 27 ratified by the country.

Following the EU’s decision, the government had decided to Halal certify fish products for export to Arab markets.