Kuala Lumpur, 13 November 2013: Malaysia’s Royal Award for Islamic Finance (The Royal Award) commences the third global search to honour an exceptional individual in the field of Islamic finance, with the opening of nominations. 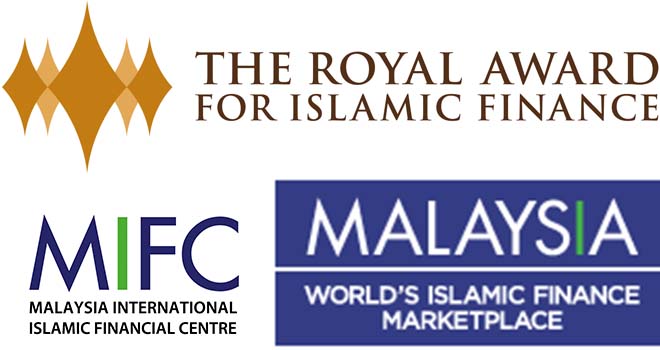 The Royal Award, which was inaugurated in 2010 as a biennial award, is spearheaded by Bank Negara Malaysia and the Securities Commission Malaysia in support of Malaysia’s Islamic finance marketplace.

In a statement Wednesday, the SC said the Royal Award focuses on an individual’s record of achievement and outstanding contribution to the advancement of Islamic finance globally.

The selection criteria of The Royal Award for Islamic Finance encompass both qualitative and quantitative aspects of an individual’s exceptional contribution towards Islamic finance globally.

This includes financial innovation and pioneering work, exceptional leadership, adoption and acknowledgement within the industry, and inspiration and influence towards future progress and development of Islamic finance.

The closing date for nomination is 31 January 2014, and interested persons and parties can submit their nomination online via the website award.mifc.com or via email RAIFSecretariat@seccom.com.my.

The recipient of the inaugural Royal Award for Islamic Finance in 2010 was Shaikh Saleh Abdullah Kamel of Saudi Arabia whose work over four decades had fast-tracked the global adoption of Islamic finance and continues to have sustained financial, economic and social impact in the world. Shaikh Saleh is widely credited for pioneering the adoption of Shariah-compliant principles in banking and business and was one of the first individuals to devise Islamic contracts for use in his business operations in the 1960s. To inspire and develop future talent and innovation, he established the Islamic Economics Research Centre, King Abdulaziz University and Jeddah Center for Science and Technology in Saudi Arabia and founded the Saleh Kamel Centre for Islamic Economy, Al-Azhar University, Cairo and Saleh Kamel Center for Banking Studies and Research, King Saud University, Saudi Arabia.

In 2012 The Royal Award was presented to Iqbal Khan for his dedication, drive and extraordinary leadership in accelerating the global growth and accessibility of Islamic finance. Iqbal Khan has had a prominent role in the course of facilitating, promoting and innovating Islamic finance on a global scale. Iqbal Khan was instrumental in establishing a number of institutions and initiatives in the Islamic finance industry, including Citi Islamic Investment Bank, the Islamic Finance Project at Harvard University, Meezan Bank, HSBC Amanah and most recently Fajr Capital, of which he is Founding Board Member and Chief Executive Officer. He also had an important role in innovating and promoting global sukuk as a mechanism to raise capital by sovereign governments. In 2006, he received the Euromoney Award for Outstanding Contribution to Islamic Finance, and was nominated and voted by the Islamic Financial News as the Best Individual Islamic Banker for 2005. He was also recognised by the United States House of Representatives in 2000 for his contribution in the field of finance and economics. In the same year, he won the LARIBA Award for Excellence in Islamic Banking Practitioner’s Division.

Since its introduction more than 30 years ago, Islamic finance in Malaysia has developed into a comprehensive and sophisticated Islamic finance marketplace. Our marketplace is characterised by a robust regulatory, supervisory, Shariah and legal framework, a deep primary market and active secondary sukuk market, a diverse players and talent base with global capabilities and connectivity for business deals anywhere in the world, product innovation, breadth and depth and an efficient system for multi-currency clearing and settlement. Malaysia’s Islamic finance marketplace is open to global industry players and market participants to collaborate with and mutually benefit from a highly conducive business environment of innovation, expertise and deal flow.

Bank Negara Malaysia (BNM) was established in 1959, under the Central Bank of Malaysia Act 1958 (Revised in 2009). The central bank is principally entrusted to uphold monetary and financial stability and maintain oversight over the payments system in the country.

Over the years, BNM has significantly contributed to the development of a comprehensive, efficient and resilient financial sector that has been able to meet the increasingly sophisticated needs of consumers and businesses. Malaysia’s financial sector now distinctively encompasses both the conventional and Islamic financial services.

Focusing in Islamic finance where Malaysia has a comparative advantage, BNM has taken the lead in promoting Malaysia as an Islamic finance marketplace that is open to the world. Within the MIFC initiative, BNM approves licences for the establishment of International Islamic Banks and International Takaful Operators as well as focusing on institutional building, including the establishment of the International Centre for Education in Islamic Finance (INCEIF) and International Shari’ah Research Academy for Islamic Finance (ISRA) in promoting training, education and research to advance the talent development for the Islamic financial services industry. Meanwhile, the BNM Shariah Advisory Council ascertains applications of Shariah principles on Islamic financial services by providers under the purview of BNM and acts as an advisor to BNM on Shariah matters on such services. BNM’s most recent effort is the introduction of the Islamic Financial Services Act 2013.

The SC has direct responsibility for supervising and monitoring the activities of market institutions including the exchanges and clearing houses, as well as all persons licensed under the Capital Markets and Services Act 2007. Underpinning these functions is the ultimate aim of protecting investors. SC is also responsible to promote and develop securities and futures markets in Malaysia.

The SC spearheads the development of the Malaysian Islamic capital market (ICM) by establishing a Shariah Advisory Council (SAC) to advise on matters relating to Islamic capital market activities and products. Over the years, the SC has built a comprehensive and facilitative framework for Islamic funds and wealth management. In addition, the SC has been driving product innovation in the Islamic equity and sukuk (Islamic bond) sectors; on top of promoting education, training, consultancy and research for the ICM.