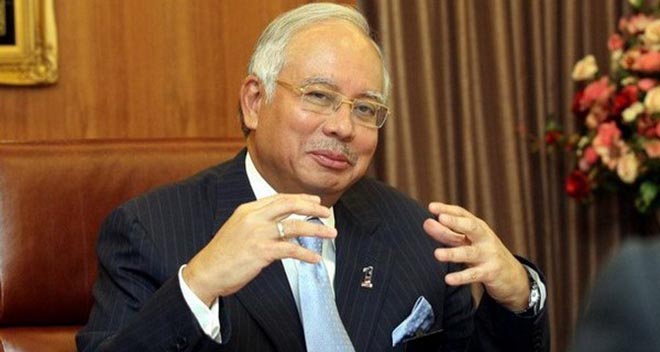 KUALA LUMPUR: Malaysia is willing to work with Britain to promote Islamic banking and positioning London as the capital for Islamic finance and investment, says Prime Minister Datuk Seri Najib Razak.
In an interview with CNN’s Christiane Amanpour, the prime minister said London City be in the best position to do so because of the linkages with the Muslim world, especially in Europe.

He said London also has the expertise in banking particularly in conventional banking.

The prime minister was in London to attend the Ninth edition of the World Islamic Economic Forum (WIEF), the first to be held outside Islamic countries.

The three-day annual event from Oct 29 drew a record attendance of 2,800 participants from 128 countries, with 10 heads of state and government also attending.

Explaining what is Islamic finance to Amanpour, Najib said: “Islamic finance is based on sharing risk and it’s more asset-based. Therefore, it’s fairer and more equitable.”

“Islamic finance offers a very concrete model in a world that is full of uncertainties and certainly conventional finance, which is large, is based on speculative considerations,” he said.

Asked about the cancellation of the US President Barack Obama’s visit to Malaysia early last month, Najib said that it was a missed opportunity for Obama to assert his leadership, particularly in the context of his policy pivot towards Asia.

“I know he regrets it. I know he sees it in that manner and when he called me, he said by hook or crook, I will visit Malaysia next year. So we’re looking forward to receiving (him),” Najib added.

Previous: Malaysia: All Meals On Board Mas Flights To Japan Are ‘halal’
Next: UAE Plans Islamic Finance Authority Backed By Legislation to oversee push