By Kazi Mahmood for The Malaysian Reserve

With the backing of Maybank Islamic Bhd, the World Islamic Economic Foundation (WIEF) is working together with the Greater London Authority to boost trade and investment between Malaysia, the Association of South-East Asian Nations (Asean) and the UK.

The idea is based on the consensus of using Islamic finance as the platform for the transactions that will involve Malaysian investors and businesses in their efforts to diversify their portfolios into the UK, particularly in London, Maybank Islamic CEO Muzaffar Hisham said last week in Kuala Lumpur.

“There is an increasing interest by Malaysian investors in diversifying their investment portfolios into the UK and particularly London. Maybank Islamic is well placed to encourage such opportunities”, Muzaffar said.

Muzaffar emphasised on the strategic importance of Islamic Finance for London as an opportunity to tap into a new source of capital, assets and liquidity in Islamic markets for London’s future growth and global ambitions.

Muzaffar has not only encouraged sovereigns but also UK corporate firms that are wishing to issue funds to consider Shariah-compliant instruments as they expand to new frontiers, especially in the Gulf Cooperation Council (GCC) and Asean/Malaysia.

“The deal will most probably be announced during the 9th WIEF in London in October,” Muzaffar told reporters after the soft launch of its new retail mortgage product at the WIEF headquarter in Kuala Lumpur.

Also present during the event were deputy mayor of London Sir Edward Lister and WIEF MD Datuk Syed Abu Bakar Almohdzar, who both reiterated the importance of boosting trade, investments and business between Malaysia, Asean and London through Islamic Finance.

“Developing trade and investment links with Malaysia is a key priority for London and Maybank’s initiative significantly broadens the range of Shariah-compliant investment opportunities. Hosting the world,” Lister said.

The WIEF will showcase London’s role as the leading Western hub for Islamic Finance and lay the foundation for strengthening our bond with the Islamic world, Lister added.

London has taken proactive measures to grow Islamic Finance in an attempt to attract more investment from the Middle East and other Muslim countries in the Asean region, believing these are essential to further boost London’s standing as an important centre for the industry.

There is a growing appetite for Shariah-compliant investments in London as it grows in Malaysia and Asean, the Maybank Islamic feels that it is well placed to bridge prospective clients in facilitating their aspirations.

The bank is in the final stage of launching an Islamic foreign currency property financing product for London properties due to be launched in fourthquarter of 2013.

On the other hand, Syed Abu Bakar said Malaysia will continue to play a leading role in Islamic finance, through the WIEF, with London as a new global centerpoint.

“As Malaysia continues to play a leading role in Islamic finance, the World Islamic Economic Forum continues to be a strong advocate of Islamic Finance in Muslim and non-Muslim communities around the world,” Syed Abu Bakar said.

He also said that with London being an increasingly influential driver of Islamic trade, there are greater opportunities to develop Islamic economy at the forthcoming 9th WIEF in London this Oct 29-31, 2013”. 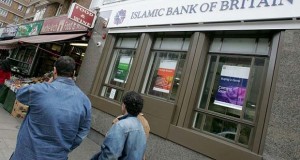 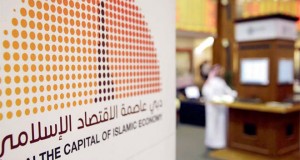