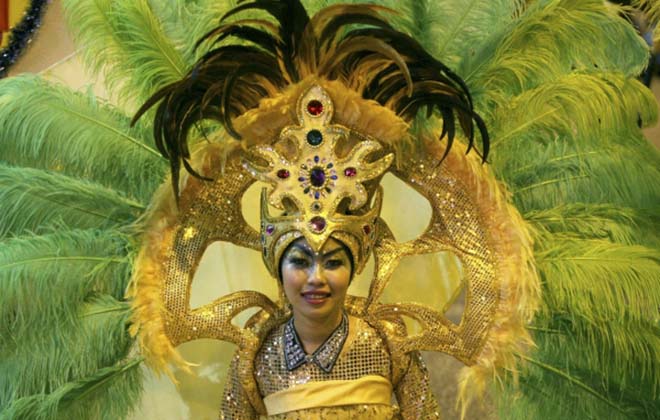 KUALA LUMPUR, Jan 4 (Bernama) — Malaysia aims to attract more tourists from Islamic countries based on the niche market the country has to offer, which will add vibrancy to the Visit Malaysia Year (VMY) 2014.

Ministry of Tourism and Culture Secretary-General Datuk Dr Ong Hong Peng said the sector recorded about 23 per cent of tourist arrivals from Muslim countries last year, who among others were keen to explore on the Islamic heritage trail and Shariah compliance services.

“Looking at the country’s potentials in Islamic tourism, we project that the arrival of Muslim tourists can rise up to 30 per cent in the long term, and 25 per cent in the short term,” he told a press conference after witnessing a memorandum of understanding (MoU) signing ceremony between the International Islamic University of Malaysia (IIUM) and Islamic Tourism Centre (ITC), Ministry of Tourism and Culture, here, today.

Ong said the cooperation could facilitate the government in achieving the target, adding that the sector’s expenditure (Islamic tourism) was reportedly valued at USD 130 billion to the world tourism industry in 2012.

Earlier Tourism and Culture Minister, Datuk Seri Mohamed Nazri Abdul Aziz in a speech text read by Ong indicated that the MoU would provide significant economic returns to the country as well as creating employment opportunities to graduates.

He said the collaboration would also open up opportunities for exchanges of internship and attachment; mobility of staff and students; joint research and publication as well as promotion of Islamic multicultural activities.

Meanwhile, Dr Rais in his remark said it was the university’s hopes that the MoU and the subsequent global excellence programmes planned by the university would complement other initiatives by the government to make Visit Malaysia Year 2014 a great success.

“In addition, the existing university’s global networking is ever ready to collaborate with the government to promote the country especially the religion-cultural as well as artistic and intellectual activities which will further position Malaysia as the world’s leading Islamic referral centre,” he said.

The event today also saw the soft launching of selected IIUM Global Excellence Programmes 2014 which among others include the Global IIUM Alumni Homecoming Week 2014, the formation of the Islamic Education, Scientific, and Cultural Organisation (ISESCO) Chair for Quranic Script and the International Research, Invention and Innovation Exhibition.