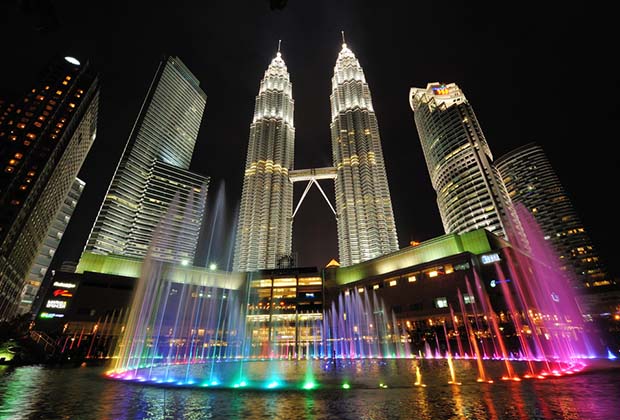 The halal industry in Malaysia is fast becoming a magnet for international investment, as major players move to acquire a share of a growing global market.

Malaysia is carving a niche as a key producer and exporter of halal products. However, with regional competition growing, its domestic players have been urged to seek out new opportunities beyond their borders, in line with a national drive to boost growth and transform the industry into a pillar of the local economy.

US food manufacturer, Kelloggs, announced plans in January to build a US$130 million halal facility in Malaysia which will create 300 jobs when the first phase is completed in the middle of next year.

The news comes after international dairy giant Nestle said it planned to expand its operations in Malaysia by opening a plant in Shah Alam in mid 2014. US confectionery firm Hershey also outlined plans in 2013 to construct a US$250 million plant next year in Johor.

The emergence of new players is a welcome boost for the Halal Industry Development Corporation (HDC), which is looking to position the country as an international player in the market.

The Department of Islamic Development Malaysia (Jakim), the industry regulator, hopes that a bid to have Malaysia’s M1500: 2009 Halal standard adopted as a global benchmark will raise the country’s profile across the industry.

Competing standards are offered by counterparts in Dubai and Indonesia.

A total of 73 organisations, comprising 57 NGOs and 16 government bodies, have been granted permission to carry the Jakim certification, which verifies the traceability of ingredients and raw materials.

Muslims are required to eat, drink and take medicinal halal products in accordance with religious requirements.

Competition on the rise

According to government figures, Malaysia exported RM15.7 billion (US$4.69 billion) worth of halal products during the first half of 2013, outpacing the other countries in the Organisation of Islamic Cooperation, an international group with 57 members.

However, regional competitors are also ramping up their activities in the sector.

Indonesia, which has the world’s largest Muslim population, revealed plans last October to establish a centre for the halal industry by 2015. The market is also expanding in Thailand, where more than a quarter of food factories are now participating in halal production.

In January, HDC managing director, Jamil Bidin, suggested that local manufacturers would need to look beyond Malaysia’s borders if the country is to retain its competitive edge.

Companies based in Malaysia should invest in overseas operations to take advantage of the procurement of raw materials and the proximity of markets to catapult the export industry onto the global stage, he told the local media.

Bidin said countries such as China, India, Bangladesh and Indonesia not only offered huge potential as markets for Malaysia’s halal products, but could also provide raw materials.

However, critics believe domestic producers will need to increase their focus on developing marketing strategies if they are to compete globally. A 2013 report published in the Malaysia Journal of Society and Space concluded that some halal food suppliers were insufficiently informed about the legal, social and cultural environment of importing countries.

“They are not able to identify consumer needs accurately in terms of taste and preferences,” it said. “They enjoy little strategic and long term alliances with importers or distributors or private market agents to promote their products.”

Any marketing weaknesses are likely to be exposed further as Malaysia steps up its efforts to expand the halal industry.

Plans include a push to attract non-Muslim consumers to halal foods as healthier and higher-quality options. The strategy is already proving successful in Asia, where food scares have sparked major fears and an increasing focus on safety, hygiene and quality.

The halal food industry offers significant potential for expansion. However, Malaysia’s domestic firms may need to enlist the support of international investors with marketing and branding expertise if the country is to fully reap the benefits of its early investment in the sector.