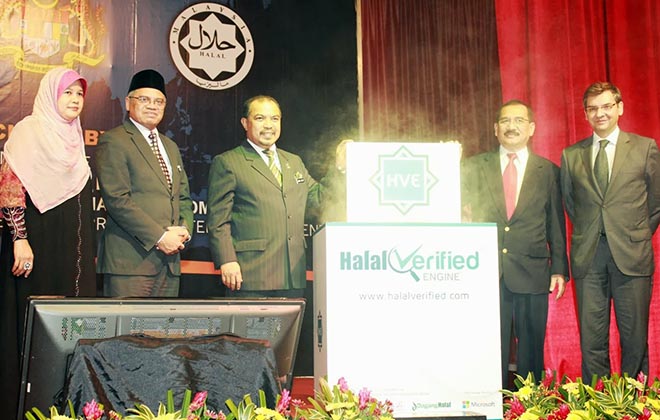 “Malaysia is proud to chalk yet another world’s first with the Halal Verified Engine – especially as a leading example of a modern Islamic country that successfully integrates technology innovation and our religious obligations. Not only that, the HVE is a significant contribution to the nation’s economic success as a trailblazer in the global Halal market, which is estimated to be worth US$2.1 trillion with an annual growth rate forecast of 12% to 15% over the next 10 years,” said the honourable Major General Dato’ Seri Jamil Khir bin Haji Baharom, Minister In The Prime Minister’s Department, speaking at the launch of the HVE.

HVE is a collaborative effort between JAKIM and DHB, using Microsoft cloud technology, to simplify the Halal certificate application and renewal process by allowing applicants to search, view, and download genuine Halal certification of products and ingredients in the supply chain. Halal applicants can also utilize HVE’s extensive database to source for alternative suppliers that are Halal certified. Aside from JAKIM’s own database, the system boasts a Global Halal Network that will be populated with up-to-date information from all 73 international certification bodies recognized by JAKIM, including CICOT (Thailand), HFCE (Belgium),FIANZ (New Zealand) and HCA (Vietnam).

Elaborating further on this, Major General Dato’ Seri Jamil Khir bin Haji Baharom, said, “Halal certification is a mark of confidence for the 1.8 billion Muslims worldwide. However, the process for certification by the applicants in the past was rather tedious and manual-based. For example, if you wanted to produce or import a food product and certify it as Halal, you needed to track down the Halal certificates for your entire supply chain; such as for each and every ingredient supplier. In the past, this meant contacting via phone, fax or even email for various suppliers and also ensuring that the certificates provided were genuine and still valid. Now, through the power of cloud technology, the HVE has simplified this process greatly and reduce the turnaround time from up to a few months to just a few clicks. Besides that, the system can also recommend alternative suppliers to the applicant if their original suppliers no longer have a valid Halal certificate.”

Besides the Halal certificate applicants, the general public as well as JAKIM’s own internal processes stand to gain from the HVE. “For the general public, they now have a trusted source where they can verify whether a particular product or ingredient is Halal-certified or not. This is especially relevant in an age where rumor-mongering on social media can easily go out of control and the reputation of a company can be jeopardized,” explained Tuan Haji Muhadzir Mohd Isa, Chairman of DagangHalal Berhad.

He continued, “JAKIM’s own processes will be simplified with the HVE as well. In the past, they had to manually verify the Halal certificates that were issued from other countries. The communication exchange when reaching out to their counterparts around the world also added to the time taken to verify these certificates. Now, with a few simple clicks through the HVE, they have a sleek dashboard to easily reference check the Halal certificates even if they were issued by other countries.”

Simultaneously with the launch of the HVE online, DHB today also announced that the HVE will be available as a Windows 8.1 app as well as a Windows Phone 8 app.

Commenting on this, Carlos Lacerda, Managing Director, Microsoft Malaysia, said, “The HVE is a great testament to the power of cutting edge technology improving efficiency and effectiveness. We are pleased that this partnership showcases how Microsoft’s Windows Azure and SQL Server improves the experiences for the public, for applicants, and also for JAKIM themselves. More so, it also helps consolidate the nation’s industry leadership and economic prowess on the global stage – a clear example of what we mean when we talk about transforming Malaysia together.”

Besides providing verification for Halal certificates, the HVE further allows users across the world can rate and review products within its vast database. Also, the system’s advanced artificial intelligence based on collective learning technology is able to learn, identify and recommend the best alternative products to users based on their user behavior and preference choice. Over time, the public will be able to share and acquire the most accurate information of Halal products worldwide.

To maintain the trustworthiness of Halal certificates downloaded through the site, several security measures were also built in, especially to combat forgery through readily available image manipulation software. These include:

HVE is developed by DHB as a result of the memorandum of agreement signed between JAKIM and DHB in April 2012. DHB has also established DagangHalal.com (www.daganghalal.com) which is one of the world’s largest online Halal marketplaces. 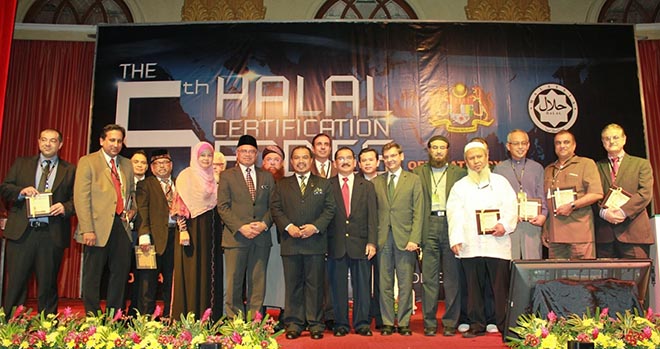 JAKIM is the Malaysian Government institution which has established Malaysia Halal logo and implemented Halal Certification System. JAKIM/JAIN/MAIN is the governing body that issues Halal certificate for local and export markets through the Trade Descriptions Act 2011 (APD 2011) has been gazette as a competent authority in the performance of Halal certification in Malaysia. JAKIM also the monitoring and enforcement body for halal guidelines. JAKIM’s objective is to review, verify and oversee all food products and halal personal care, and guaranteed the cleanliness efficiently and effectively.

DagangHalal is one of the world’s largest e-Marketplace that showcases the Halal products and services that have been verified and authenticated by the Halal authorities recognized by JAKIM. Become a part of Global Halal Network programme.

Founded in 1975, Microsoft (Nasdaq “MSFT”) is the worldwide leader in software, services and solutions that help people and businesses realize their full potential. Join in the conversation! Follow Microsoft Malaysia on Twitter (@MYMicrosoft) or on Facebook (www.facebook.com/MicrosoftMalaysia).

Previous: Opinion: More demand for halal in a variety of sectors
Next: Indonesia: Pharmaceutical products must have halal certification: MUI