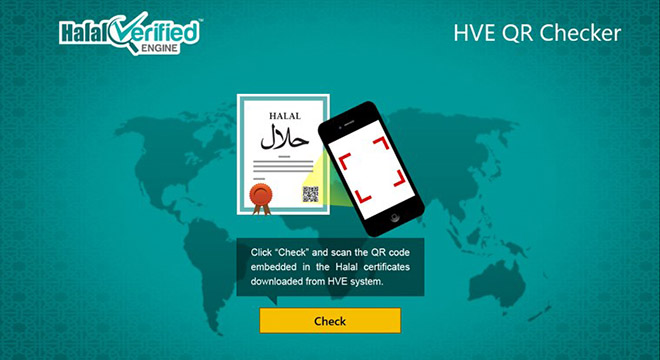 The system Halal Verified Engine (HVE) being developed by JAKIM continue be received well among the halal certification bodies that are recognized by JAKIM worldwide. On November 12, 2013, JAKIM and DagangHalal Limited delegation led by the Director of JAKIM Halal Hub , Puan Hajjah binti Mohd Yusoff Hakimah met with halal bodies recognized by JAKIM throughout Australia . A total of six ( 6 ) of the eight ( 8 ) certification bodied accredited by JAKIM were present in the meeting. The meeting held at the Malaysian Embassy in Canberra , Australia has gained the cooperation and support from the Embassy especially First Secretary ( Halal ) Dr . Sirajuddin bin Suhaimi. This meeting aimed to shed light on the HVE and invite involvement and participation of relevant bodies in the HVE .

JAKIM director general Datuk Mustapha said at the 2012 World Halal Forum “The HVE search system contains halal product data collated by syariah and halal experts which have been approved by JAKIM and the system was developed at a cost of RM3.5 million in conjuction with Dagang Halal Berhad.

HVE is a system developed as a centralized database for the products or raw materials that have been certified or get halal certification from 57 bodies recognized by JAKIM worldwide. HVE is a joint venture between the government and the private sector’s DagangHalal Limited to develop a system that will be used as a means to identify products that have been certified halal by all halal certification bodies accredited by JAKIM .

At the same time the opportunity was used by JAKIM at the meeting to explain the other efforts being made by JAKIM in collaboration with private companies in Malaysia, training and supply of halal slaughter . Comprehensive training modules aimed at creating slaying trained , highly skilled and have the knowledge and practice of good faith to be supplied to the slaughter houses across Australia. The module is developed in accordance with the policy laid down in the Protocol for the Halal Meat and Poultry Production of the needs of each other to create a slaughterhouse butcher , the supervisors and inspectors also halal . These efforts were welcomed by the halal certification bodies because it will help ease the shortage of trained butcher being faced by most of the slaughterhouse under their respective organisations.  JAKIM via First Secretary ( Halal ) in the office of the Malaysian Embassy in Canberra will have further discussions on this proposal with the Australian government , especially in terms of procedures , permits and other requirements before shipping slaying made.