Malaysia: Halal products fair to build support for SMEs in 2014

By Sathish Govind, The Malaysian Reserve 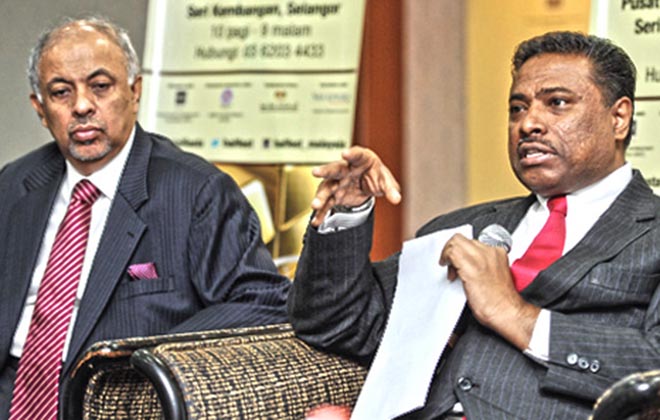 Halal Fiesta Malaysia organiser, Shapers Malaysia Sdn Bhd says that most companies participating in the event those involved in the food and beverage industry.

PETALING JAYA: Shapers Malaysia Sdn Bhd, the organisers of the largest halal products expo in Malaysia, Halal Fiesta Malaysia (Halfest) hopes to have business matching programmes for the small and medium enterprises (SMEs) at the fiesta next year.

Shapers CEO Mohd Shukri Abdullah said it would invite leading retail chains such as “Giant” and “Tesco” to the yearly event to support the SMEs by buying their products.

Halfest 2013 was held on Oct 2-6, 2013 at the Mines International Convention Centre (MIECC). The event held various exciting programmes, contests and competitions that attracted more than 63,000 visitors throughout the five days.

Mohd Shukri said the majority of the companies that participated in the fiesta were businesses in the food and beverage sector.

A total of RM13 million in sales were from 53% of the small and medium-scale enterprises participating in the Halfest 2013.

The revenue recorded at Halfest 2013 was slightly lower than the RM20 million recorded in Halfest 2012 which Mohd Shukri said could be due to the change of venue from Putra World Trade Centre (2012) to the Mines Exhibition Centre in Seri Kembangan which is quite a distance from the city centre.

He said Halfest 2013 hosted 457 businesses from around Malaysia with more than 543 booths of halal products and it plans to have similar or slightly more participants by end of September next year when it hosts Halfest 2014.

Mohd Shukri said according to its findings, a total of 93.69% exhibitors indicated that Halfest is instrumental in helping promote their products and 74.3% of exhibitors will participate in Halfest 2014.

The main destinations for Malaysia’s halal products are China, Singapore, the US, Indonesia, the Netherlands and Japan.

Malaysia also hosts the World Halal Forum which was established in 2006 and has since become part of the Malaysian government’s 15- year plan to become the world’s halal products and services hub.

Shapers Malaysia founded the Malaysia International Halal Showcase (MIHAS) in 2004 and by the 4th edition of MIHAS in 2007, Shapers succeeded in developing it into the world’s largest halal trade fair and Malaysia’s largest food & beverage exposition.

In 2008, ownership of this already iconic halal event was transferred to the Malaysian government under the auspices of the Malaysia External Trade and Development Corp.