By Sathish Govind, The Malaysian Reserve

There are growing demand for halal products from countries such as Indian, China, Bangladesh and Indonesia. 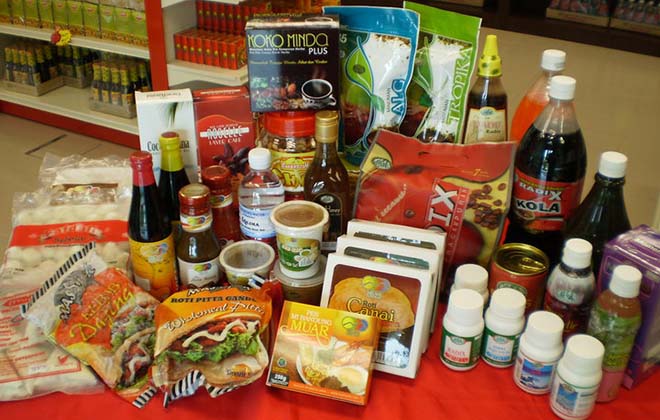 PETALING JAYA: The halal players in Malaysia should invest in overseas operations to take advantage of the procurement of raw materials and the proximity of markets to catapult the RM33 billion export industry onto the global stage.

He said this is in tandem with Malaysia’s efforts to be an international halal hub.

“We can’t be doing everything in Malaysia as we have constraints of raw materials and scarcity of land and thus Malaysian companies must be borderless.

“In this case, they can place their operations in countries that would give them access to markets for their products and can at the same time access to raw materials,“ he told The Malaysian Reserve in an exclusive interview.

Jamil said there are many countries, including China, India, Bangladesh and Indonesia, that are markets for halal products and can, at the same time, provide raw materials for Malaysian companies.

They can also become the investment target for the Malaysian halal goods producers, thus benefitting from their abundant raw materials and marketplace.

“With the huge population and proximity of markets, halal players in the country need not solely depend on the domestic market which is small or focus on the export market alone,“ Jamil said.

He said Malaysia can also seriously look at becoming one of the main global ingredient producers.

“Countries that produce halal goods don’t have halal ingredients and we, too can be one of the major suppliers on a global scale.” Jamil said.

“Let other people focus on the finished products — as we have palm oil while others can look to Malaysia as a source and we should focus on the ingredients.”

On the local halal scene, Jamil said that over the last few years many multinational companies have set up operations here with the intent of turning Malaysia into a base for halal production and this has increased the production of halal goods that are currently largely driven by small and medium scale enterprises (SME).

Jamil added that going forward, there is a need for the consolidation of SMEs and hopes a greater participation of the government-linked companies (GLC’s) as they have the capacity to go on a bigger scale.

He said Malaysia has all the ingredients of a halal hub as it entails a well-planned eco-system such as production, services, government support and putting regulatory policies in place.

He said Malaysia’s halal services sector is also one aspect where the country could mark its presence globally with its certification programme as it is well-regarded in the world and we should also aspire to be one of the largest trading nations of halal products in the world.

“We can source products from other parts of the world and we can add value to the products and re-export them,” he said.

On some of the challenges facing the industry, Jamil said there should be an increase in the level of awareness, since many “see halal from a religious perspective and do not see it from a business perspective.”

Many still associate halal with meat products and how animals are slaughtered but it also entails non-meat such as services and Islamic banking.

He also pointed out that for a global population of 1.8 billion, only few countries are exporting halal products.

“Australia is focusing on meat, Brazil on poultry and Thailand on seafood. With the large gaps in the supply and demand, there is a huge opportunity in this sector,” he said.

Jamil said HDC has taken the necessary steps in creating the awareness not just in the local scene but also internationally through its various training initiatives, reaching out to countries like China, South Korea, Japan and Australia.

“We provide technical training to foreign countries in order to develop the industry, we have the complete system and thus, we can share our expertise,” he said.

Previous: UK: Food crime unit to be set up in wake of horse meat debacle
Next: UK: Aldi apologises for mislabelled turkey crown