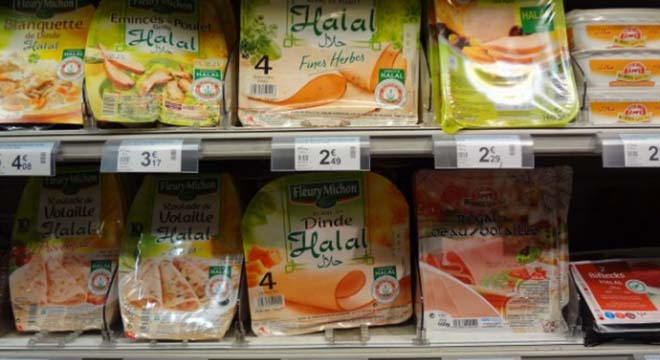 LILONGWE – A growing number of Christians in Malawi have turned to use halal food, claiming it falls in line with the teachings of the Holy Bible which emphasizes on strict hygienic standards for “healthy living,” and opening a niche market for Muslim products.

“We, Christians fully embrace this concept,” Father Barnabas Salaka, a senior Priest of the Anglican Church in Malawi serving in the southern region of the country, told OnIslam.net.

“At first we were so hesitant to accept this concept, because we were afraid that it was a deliberate ploy initiated by Muslims to influence Christians to embrace Islam.

“But over the years, we have realized that it’s for our own good, both health and religious wise. Even the Holy Bible has some teachings which emphasize on good hygienic standards for Christians to live healthy lives,” he added.

In the recent years, Christian leaders in Malawi alongside their followers have fully embraced the concept of halal being promoted by the Muslim community in the largely Christian dominated southern African nation.

“There is no single true Christian who could have qualms with what halal is all about. This is in line with what the Holy Bible guides us to do,” Father Salaka added.

“The Bible forbids us to eat food which is contaminated and which is offered to idols. It guides us to maintain strict hygienic standards; therefore, there is nothing harmful with this principle of halal.”

Same as Father Salaka, his counterpart, Pastor Emmanuel Mbaisa, founder and overseer of Pure Gospel Church in the country, agrees.

“The concept of halal has promoted good hygienic standards, and it’s this aspect which influenced even non – Muslims to embrace the concept. This is one of the areas of Islam, which make the religion to be a way of life.

“As a Church leader, I have been in full support of this concept because of its hygienic approach and I have been in the forefront encouraging my followers to adopt best practices of hygiene as promoted by the principles of halal.”

Muslim leaders confirmed that the preference for halal products by non Muslims in the country was a “symbol of acceptance” of the halal concept by the Christian community in Malawi.

“In normal terms, this signifies the total acceptance of the concept of halal by the Christian community,” Sheikh Salim Chikwatu, National Coordinator of the Halal Department under the Muslim Association of Malawi (MAM), told OnIslam.net.

“It has not been easy to convince Christians over the years to follow principles of halal. There has been total resistance.”

This development has been described as a “breakthrough” in the Muslim community.

“To us, this development is a breakthrough. Our efforts have not been wasted. There is something to feel proud about. With this development, we envisage a nation, where one day, everybody would adhere to the principles of halal.

“However, what people must know is that although the halal concept was initiated by Muslims, it’s not only for Muslims only. It benefits everybody. With halal system in place, one is assured of a product which has gone through a rigorous process of screening for ownership to avoid theft, good quality control to avoid disease contamination, good standards of hygiene in addition to good slaughter methods, all these are applied in the halal concept and benefits everybody,” Sh. Chikwatu told OnIslam.net.

“Nowadays most of the places you want to buy your meat products are certified halal. Every person wishing to buy from these places is satisfied that the place is certified after seeing a certificate which is displayed for all to see. This has also boosted sales for business people operating those business establishments,” said Chikwatu.

Islam is the second largest religion in Malawi after Christianity.

Official statistics indicate that Muslims account for 12% of the country’s 14 million people. But Muslim Association of Malawi puts the figure at 36% following the outcome of the census it had conducted a few years ago.

Esa Arab whose Superior Halal Group is one of the leading meat outlets in the country said the concept of halal has increased the number of Christians patronizing his business establishment over the years because of following strict principles of halal.

“By following the principles of halal, we have created a conducive shopping environment, where all customers feel welcomed and our non-Muslim customers are cognizant of the fact that although Halal is there to meet Muslim food requirements, the same food products are equally good for them. This has boosted the number of Christians coming to our place. It is very difficult nowadays for people to get meat products from places which are not certified,” Arab told OnIslam.net.

“Although the concept of halal has a religious connotation, people across the religious divide are associating it with good hygienic standards. When they visit places like ours which are certified they are assured that they will get products which aren’t contaminated. This has wooed both Christians and Muslims to frequent our place.

“Because of the business benefit the halal concept provides, many business people irrespective of their religious inclinations have been forced to have their business establishments certified halal, which a positive development to the Muslim community,” he added.

A catholic faithful Emmanuel Bello who runs an enterprising meat mart in the country’s capital city of Lilongwe said the preference for halal products by most Malawians irrespective of their religious beliefs forced him to have his business establishment certified “to win both Muslims and Christians.”

“Before my business was certified a few years ago, only few people would come and buy meat products. And no single Muslim would walk in. This forced me regardless of my Christian beliefs to embrace this concept because of its business appeal. Since then, I have never regretted,” Bello told OnIslam.net.

“I have both Christians and Muslims buying from me and quite often the number of Christians has surpassed that of Muslims. This is a clear indication that even non-Muslims have fallen in love with halal because of its strictness on hygiene.”

However, Chikwatu said lack of mechanisms to enforce existing by-laws for good food standards in the city and local councils by the authorities was overshadowing complete adoption of the principles of halal by the larger section of the Malawi society.

“By-laws towards food standards are not being enforced to the letter in the city and local councils. This has affected our efforts to make sure that every person in the country should follow what halal is advocating for. However, we are optimistic that we will succeed.”

Previous: Opinion: Innovation is achieved by sharing our values
Next: Japan: Championing halal in an unlikely market