London stakes claim to be the global capital of Islamic finance 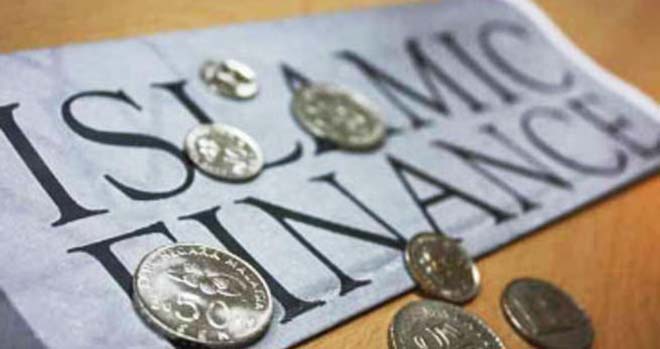 SINGAPORE – Which city, or nation, will be the global leader in Islamic finance over the next decade?

The favourites at the moment are Kuala Lumpur and Dubai. But a lot of people are now beginning to bet on London.

On Oct 29, the British government created a stir that reverberated across the financial capitals of the Islamic world. On that day, Prime Minister David Cameron announced that the UK Treasury would soon issue a £200 million (S$401 million) “sukuk” or Islamic bond. This will be the first sovereign sukuk issued by a Western country (a sukuk differs from a traditional bond in that it pays no interest; investors get a share of profits from an underlying syariah-compliant asset).

Moreover, the UK sovereign sukuk could serve as a global benchmark for Islamic bonds, which at the moment have none.

Mr Cameron was speaking at the 9th World Islamic Economic Forum (WIEF) in London at the end of October – the first time this annual convention – known as “the Davos of the Islamic world” – has ever been held in a non-Islamic nation. He was expansive about his country’s ambitions in the realm of syariah-compliant finance.

“London is already the biggest centre for Islamic finance outside the Islamic world,” he said. “I want London to stand alongside Dubai and Kuala Lumpur as one of the greatest capitals of Islamic finance anywhere in the world.” 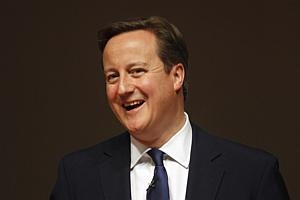 Mr Cameron: Wants London to be like Dubai and KL in Islamic finance

There’s a lot to play for. According to a report by PwC, Islamic finance assets (including banking assets) total US$1.6 trillion globally. Between 2008 and 2012, they grew at close to 20 per cent per year and, by 2020, the market is expected to cross US$6 trillion. While Islamic finance assets are barely one per cent of all global financial assets, the number of players is also small.

Nearly all of the Western world does not participate in this market – London being the significant exception. Nine countries hold about 90 per cent of Islamic finance assets and just three (Iran, Malaysia and Saudi Arabia) account for more than 50 per cent.

Moreover, in certain areas of Islamic finance, demand exceeds supply – and this is particularly true of bonds. Sukuks outstanding at the end of 2012 totalled US$240 billion, with Malaysia being the biggest issuer, followed by Saudi Arabia.

Last year, Ernst & Young forecast that sukuk demand is likely to jump to US$900 billion by 2017, partly driven by rising risk aversion following the global financial crisis. Sukuks are popular because they are backed by real assets or real projects. Significantly, they are also favoured by investors from the non-Islamic world.

At the WIEF, Musaffar Hisham, CEO of Maybank Group Islamic Banking, pointed out that about half of the group’s customers for Islamic products in Malaysia are non-Muslim. In Singapore, the figure is around 70 per cent.

The wider world’s interest in Islamic finance products also derives from the growing interest in “ethical finance”. During a session on Internationalising Islamic Finance at the WIEF, Hasan Al Jabri, CEO of Sedco Capital, an asset manager in Saudi Arabia, said: “Syariah-compliant finance intersects 90 per cent with ethical finance, which is a US$6 trillion market.”

He added that common features include investments in sustainable development and avoiding investments in companies associated with gambling, alcohol, tobacco and weapons. A growing number of pension funds – such as Calpers, the California public employees retirement system, the biggest in the United States – and several foundations have strict guidelines mandating that they invest ethically. Many have Islamic finance products in their portfolio.

However, even its promoters and practitioners acknowledge that Islamic Finance has some way to go before it becomes truly mainstream. Sajid Javid, a British MP and Financial Secretary to the UK Treasury, who is one of the key personalities driving the development of Islamic finance in Britain pointed out: “Islamic scholars don’t always agree on what constitutes Islamic finance; they come from different schools of thought.”

Amr Al Menhali, head of Islamic Banking at the Abu Dhabi Commercial Bank in the UAE called for more simplicity in Islamic finance, including in the use of terminology.

But the UK is undeterred by these obstacles. It is pulling out all the stops to promote itself as the centre for Islamic finance. It has set up an Islamic Finance Task Force. Its infrastructure is already relatively advanced: more Islamic products are listed on London exchanges than anywhere else. London has 25 law firms that provide services in Islamic finance and more syariah-compliant banks than anywhere in the Western world. And 16 British universities offer courses in Islamic finance.

Even London’s mayor Boris Johnson (who spoke at the WIEF) is on board.

The mayor’s office co-finances a corporation called London & Partners, which is the official promotional organisation for London, including for business, tourism, education, and conventions. Its director for International Business, David Slater told BT that London has seen what Islamic finance can do and likes what it sees.

On the proposed British sovereign sukuk, he said: “Investors are demanding more Islamic finance products, so it’s about following the market, responding to what the market wants.”