A shift in policy is now seeing Japan take steps to embrace the Muslim traveller. 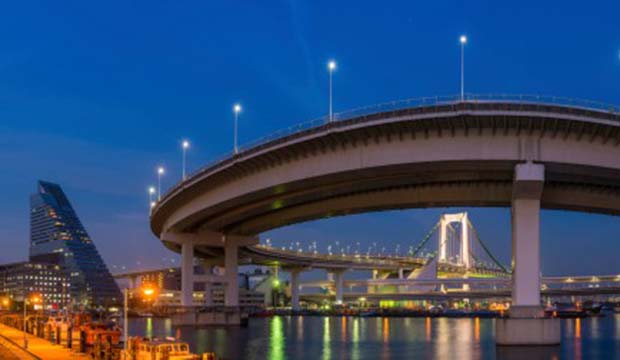 They say the way to man’s heart is through his stomach. And perhaps this ancient adage is what Japan is basing its tourism policies on. While holidays are about soaking in foreign cultures and gastronomy, there are a few basics people do not want to depart from.

For long Japan has been a food desert for observant Muslims with halal food options being extremely limited or even none. This void has been deterring millions of believers from heading to the Land of the Rising Sun to witness perhaps the cherry blossoms in bloom.

However, a shift in policy is now seeing Japan take steps to embrace the Muslim traveller.

Kansai International Airport is determinedly working towards becoming the country’s first Muslim- friendly restaurant and the first step they took in this direction was to serve halal udon! In July the kitchen at The U–don, a Sanuki udon noodle shop, was halal– certified.

Kansai also plans to add prayer rooms and halal meal options while 16 other airport restaurants will go pork and alcohol-free. Additionally, the Japanese government has designed a special guide that details all the information about restaurants offering halal food as well as mosques and other services that cater to Muslim tourists.

STEP IN THE RIGHT DIRECTION

At the same time the Kyoto Convention Bureau has taken the unprecedented step of becoming the first Japanese tourism authority to proactively target the UAE market.

Recently the board hosted a number of leading travel agents from the UAE on a familiarisation trip to Japan’s ancient capital to highlight Kyoto’s unique family and cultural attractions, luxury accommodation,and of course gourmet halal cuisine.

The bureau’s objective was simple – to gain the confidence of clients regarding the levels of service, hospitality, and ability of the city to provide for any special dietary requirements that visitors from the UAE may have.

Participants included representatives from Dnata, Kanoo Travel, SATA and SNTTA. Part of the mission included treating the agents to the Kyoto Kaiseki traditional Japanese cuisine at the Minokichi restaurant where they were served three different full course halal menus, as well as vegetarian options. Halal and vegetarian options were equally available at various cafee and restaurants around the city and even at exclusive ‘Ryokan’ (or Japanese Inn-style) accommodation like the Yoshida Sanso.

“Japan is becoming more and more Muslim- friendly country.We have a number of halal restaurants in major cities and many places have mosques of their own. We welcome tourists from UAE and Middle East to visit Japan and enjoy its beauty and hospitality,” said Daisuke Matsunaga, consul general of Japan to Dubai. The relaxed visa policies are also providing a much needed boost to tourist numbers.

Just as Japan is going all out to woo the Gulf traveller, Dubai too is reciprocating the gesture resolutely. More than 350,000 Japanese tourists were hosted by Dubai during 2007-2011, and in an attempt to boost the figures Dubai’s Department of Tourism and Commerce Marketing (DTCM) conducted road shows in the Japanese cities of Tokyo, Osaka and Nagoya recently.

With more and more Japanese tourists expected to travel to the shores of Dubai and vice versa, the bilateral relationship between the two economic powerhouses has never been better. Japanese Prime Minister Shinzo Abe’s visit to the UAE so soon after taking office, launch of additional flights between the UAE and Japan by Etihad and Emirates airlines and the introduction of Halal food in Japan show how important the UAE is to Japan.