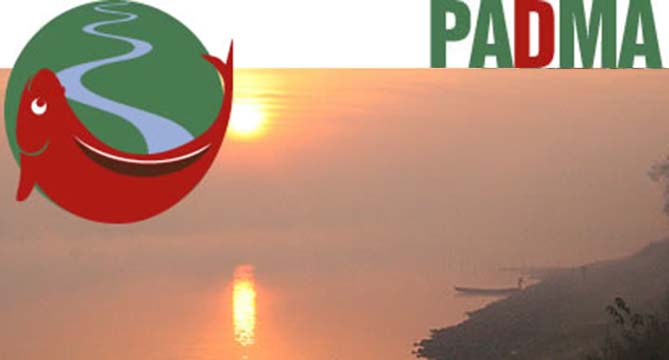 Bangladeshi-Japanese Badal Chaklader, originally from Bikrampur, is obsessed with ‘halal’. And the 46-year-old food purveyor is profiting from it in a nation, where Islam is not a dominant faith. The man, who moved to Japan at the age of 19 for the chance of a future, is running a halal food distribution business with his Japanese wife, which has been blossomed into a US$100 million empire.

Back in 1989, Mr. Chaklader sank his life savings into founding Padma Co. Ltd piled up from his part-time job at Nakayama Co., where he electroplated small parts for ¥ 700 or $6.9 an hour. His hourly wages, he said, jumped ¥ 2,000 or $19.7 before he quit job for the upstart seeded with a paltry Tk 15 million. “I also got help from a Japanese friend,” he said.

It was not merely his religious belief; rather he scented the potentially lucrative business opportunity in foods prepared under Islamic dietary guidelines. “One-third of the world’s population is Muslims. It’s a big market-you know,” he told the FE in a recent interview at his two-storied office at Waseda, not far from the Tokyo city centre. “I can make huge money by selling pork here. I’ll never do that. I’m satisfied with this (halal food) business,” he said.

Mr. Chaklader is part of a tiny class of immigrants who arrived in Japan with nothing, but thrived, thanks to hard work and business acumen, in an economy that has passed through two decades of slump. Even as the financially frail Japanese went on home-selling spree, he snapped up a three-storied home on the fringes of Tokyo at marked-down price of Tk 100 million.

His business life, however, suffered from yen-pinching by consumers: He had to fold a Bengali food restaurant in Tokyo in 1992, frequented mostly by the Japanese diners. After the global financial crisis and triple disaster of earth-quake, tsunami and nuclear meltdown, Padma’s business took a battering.

Although official statistics don’t reflect the actual size, community leaders say the number of Bangladeshi diaspora living in Japan ranges from 14,000 to 15,000.

Like Mexico and the Philippines, international migration is the centerpiece of Bangladesh’s development strategy and money wired by an estimated eight million overseas Bangladeshis is the country’s second biggest source of foreign exchange, only behind merchandise exports. Remittances amounted to nearly $15 billion in 2013 financial year, nearly double the size of 2007, according to central bank data.

Mr. Chaklader, who has been living in Japan for the past 27 years, extols the Japanese people and culture and said mastering the native language helped him ‘blend in’ a traditionally insular Japanese society. At the same time, he maintains close relations with his family members back home. He is proud of his dual identity. “Japan has offered me so much. And Bangladesh is my birth land,” he told me over fried chicken and lobster. He said he is ready to donate land if anyone builds a hospital in his village.

He repents not getting enough supplies from Bangladesh, where lies “my root.” He gets his supplies of chicken, all with halal label, from as far as Brazil and France while beef, lamb and mutton come from Australia. For fish and lentils, he turns to Thailand and Myanmar. Oil is imported from Malaysia and Singapore.

Quality is a big factor. Padma had to sever ties with several Bangladeshi companies on food safety grounds. Currently, it has business relationship with Square Group’s consumer products arm only.

“The Japanese health ministry follows very strict quality rules and imports of food items from our country require frequent testing. This increases our costs,” Mr. Chaklader told the FE. “It costs $400 for a single item testing.”

Despite some speed bumps on the road, Padma’s managing director said that the Japanese economy has started nearing the end of the tunnel, due in large part to “Abenomics”-prime minister Shinzo Abe’s blueprint for weakening the yen, the currency, and ramping up infrastructure spend.

“I’m a great fan of Abe. The economy has started to turn the corner under his leadership,” he said as his car coasted along the swanky shopping district of Ginza. “Consumers are no longer trading down.”

Square Group stands to benefit from economic resurgence and consumers’ confidence in the world’s third largest economy, after China and the US. Zahidul Islam Masum, general manager with Padma, said Square’s food items have found its way into the shelves of Aeon after Japan’s retail titan has okayed samples of chanachur, a favourite of Japanese consumers.

Based in Chiba-shi, Aeon Retail Co. Ltd. operates hundreds of big-box and convenience stores as well as supermarkets across Japan.

“We’re overwhelmed with the initial response from Aeon. We believe the demand will be huge,” Mr. Masum said.

Khurshid Ahmad Farhad, head of exports at Square Consumer Products Ltd., said his company is exporting more than 50 products to 26 countries including Japan, active since 2008.

He said that while his company’s annualised exports have surged by 25 per cent in each of the last five years, sales in Japan account for only 3.0 per cent.

That offers an opportunity for Square to boost and diversify its shipments. India and Pakistan now dominate the Japanese spice market and Mr. Chaklader said Bangladeshi exporters can capture a pie through “smart production.” 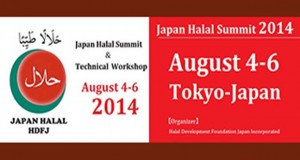