Islamic Finance: Should The UK Sit Up And Take Notice?

Next week London hosts the WIEF, a Sharia-compliant Davos. The CEO of a major Islamic bank says the UK is going to have to take Sharia finance more seriously.

Next year it’ll be a $2tn (£1.2tn) industry, according to a report by TheCityUK’s UK Islamic Finance Secretariat – but most of the Western world is only vaguely aware of the existence of Islamic finance.

All things going well, though, that’ll change next week, when the UK plays host to the World Islamic Economic Forum – a kind of Sharia compliant version of Davos.

Islamic finance derives its principles from Sharia law. In marked contrast to the way business does in the rest of the world, it bans interest (or ‘riba’ – usuary) payments completely. Instead, Sharia banks make their money from sharing in the future profits of their investments. A less certain, but potentially much more lucrative, approach.

Now in its ninth year, it’s the first time the forum has met outside the Muslim world. It’s prestigious stuff: alongside David Cameron and (inevitably) Boris Johnson, keynote speakers include the prime ministers and presidents of Malaysia, Afghanistan, Jordan, Pakistan, Iraq and Brunei, to name but a few, as well as central bank governors and representatives from some of the world’s richest sovereign wealth funds.

London might seem an unlikely (not to mention inconvenient) place for the world’s Islamic finance leaders to meet, but actually it makes sense: not only has Cameron said he wants London to be a ‘world centre’ for Islamic finance, but over the past few years, sovereign wealth funds from Islamic states (particularly Qatar and Malaysia) have taken an increasing interest in the city.

The UK is already the leading Western participant in Islamic banking – 22 of our banks provide Islamic finance services, six of which are fully Sharia compliant. And our sukuk – or Islamic bond – market is roaring: in the first half of the year, $59bn of sukuks were issued, while 14 new sukuks listed on the London Stock Exchange in 2012. There is now a total of 49 sukuks, with a combined value of $34bn, listed on the LSE.

But Raja Teh Maimunah Raja Abdul Aziz, chief executive of the Malaysian Hong Leong Islamic Bank Berhad, says the UK has a long way to go before Cameron’s ambitions are realised.

‘The wish of many industry players [is] that Britain will step up its role as a centre of Islamic finance,’ she says. But although the sukuk market is strong, Raja Teh says the government has yet to cotton on that introducing an Sharia-compliant government bond would open the doors to new borrowing markets.

‘We need a lot of support from the government, from the central bank, from the Bank of England, from Treasury, from all sorts of people to say “we need to raise money anyway as a country – so out of x amount of debt, why don’t we make x amount Sharia compliant?”.’ 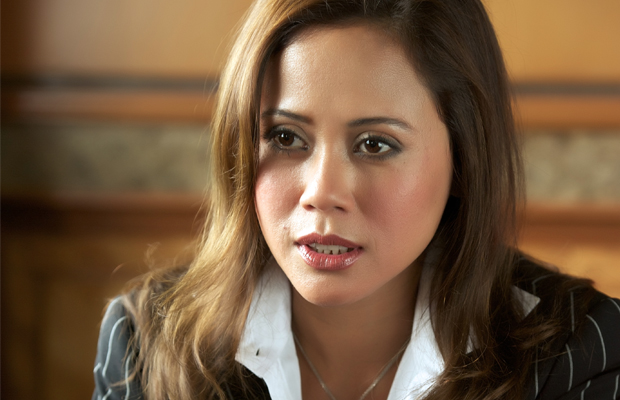 Admittedly, an Islamic government bond could be politically sensitive – but Raja Teh says branding is crucial.

‘I don’t mind you saying it: the fact is, people are generally uncomfortable with the branding of Islam. After 9/11, frankly speaking, anything with the brand Islam just doesn’t sell,’ she says.

‘But you don’t have to use the word “Islam” if you’re not comfortable with it. In Turkey… they call it participation banking.

‘You don’t have to use Arabic descriptions on the contracts. We use them, but that’s because we’re a Muslim country. We use the term ‘Ijara’, which is the Arabic term for leasing – but if you were to sell it in the UK, why would you want to use an Arabic term? Just call it leasing.’

She also wants to dispel myths about Islam’s view of women: Raja Teh says the idea that the religion discriminates against women is a misconception.

In Malaysia – a predominantly Muslim country – women have taken many of the senior roles in the finance sector: ‘the central bank governor is a woman, the former security commission chairman was a woman,’ she says. The leaders of several of its large banks, Islamic and non-Islamic, are also female.

She puts this down to culture: ‘Part of it is the support we get at the domestic end. Domestic help is a lot more affordable here than it is in the west. Then we have the whole concept of extended families – Asians in general, that’s how we operate.

‘So between extended families and domestic help, there’s a lot of women who can continue working despite having children.’

Although she does admit that she has had unpleasant experiences in other Middle Eastern countries.

‘When I was working in the Middle East…. I had instances where my clients didn’t want to talk to me. Although I was the most senior person in the room they were trying to speak to my subordinates who were male. I have also been refused entry to a particular Middle Eastern country, despite having a visa – or even refused entry into a ‘male only’ building. But it’s a very cultural thing,’ she says.

Malaysia is one of the main powers behind this year’s WIEF – and Raja Teh says Malaysian investors are more comfortable investing in the UK than anywhere else in Europe. Which is handy: during his visit to Malaysia in 2012 the prime minister made a commitment to double bilateral trade with Malaysia to £8bn by 2016. A couple of months later, SP Setia and Sime Derby announced they had bought Battersea Power Station for £400m. 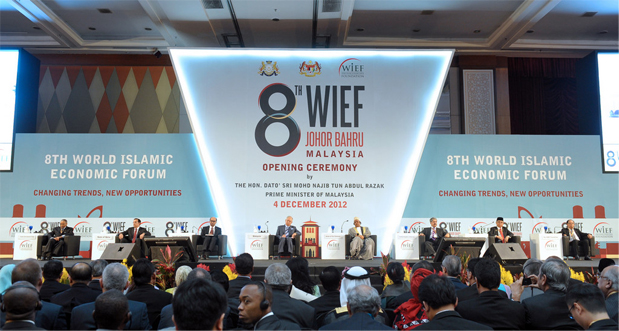 The UK’s popularity with Malaysian investoers is, says Maimunah, ‘because it is not culturally unfamiliar for us: many of our children go to school there, and we have tons of British expatriates living here.

‘If they had to pick a country in the West, [most Malaysians’] first stop would be London  – and then maybe they’d be adventurous and look around.’

Her point is that if the UK is really serious about attracting investment from developing economies in the east, it’s going to have to take Islamic finance more seriously.

‘From the UK’s perspective as a financial intermediary centre, by promoting Islamic finance you’ll get greater flow-through of money. For the public good, I think it’s something you ought to promote… On a global picture, where the capital markets are concerned, it’s a good proposition,’ she says.