Unfortunately, Muslim meals are not always truly Halal meals. The time to work on changing that has arrived. 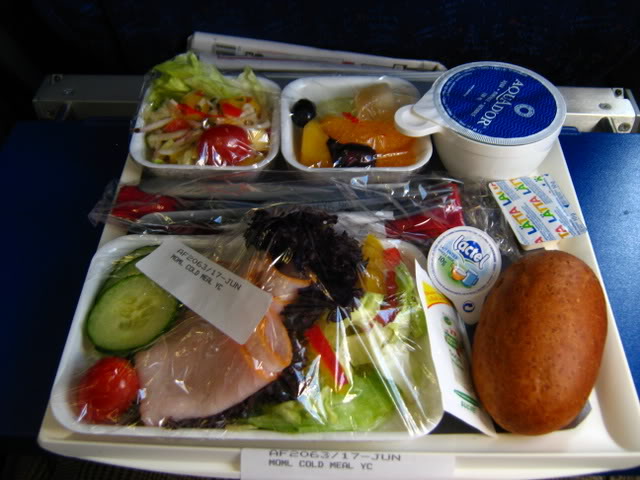 It hadn’t been too long since the Air Canada flight had taken off for London. The passengers sat around, some reading the in-flight magazine while others watched the news as the plane gracefully flew through the dark night sky towards the Atlantic.

It wasn’t long before there was some activity up at the front and the unique aroma of airline food swept down the cabin to our noses and hungry stomachs. Finally there was something be excited about!

The flight attendant came over to my seat and asked, “Mr. Hashmi, did you order a Moslem meal?”

Based on information given by the Air Canada’s caterer, Cara, I don’t believe Muslim meals can be trusted for being 100% Halal. Yet, this was a very rare chance for me to witness a Muslim meal with my own eyes.

The food was simply wrapped in aluminum foil, just like all the other ‘regular’ meals, except that there was MOML inscribed on the top with a black marker. MOML is the airline code for “Moslem Meal”.

This is in stark contrast to Kosher meals, which usually arrive double-packed and sealed with certification stamps and notices.

Unsure of what I was going to find inside, I slowly removed the foil and found a big piece of fish along with some vegetables and a couple of cute little potatoes. There was also a bun, salad, and some extras.

After dinner, the excitement rose once again when a flight attendant came around passing something out. This time, it was a small pack of cookies.

I felt like ripping open the pack and biting in, but I reminded myself to take a moment to check out the ingredients. My eyes fell upon the ingredient “soya lecithin” first. For some reason, I took that as a good sign.

I quickly skimmed through the ingredients list. It was all going well until suddenly the “beef tallow” popped up and wrecked my excitement. The fellow across from me ended up with two packs of cookies.

Airline meals are just one area where the concerns of the Muslim community need to be voiced and changes have to be made. At the moment, there are no proper standards that can define a Muslim meal as a truly Halal meal.

Time and time again, we (including myself) disregard such issues and just bear the trouble of packing our own meals or simply order Kosher/vegetarian when traveling.

The same applies to meals at hospitals and prisons. Quite often, Muslim patients as well as prisoners find themselves without proper Halal meals when they are sick or incarcerated.

The airlines and institutions are not to blame. They have already proved (with Kosher, etc.) that they are ready to take the steps required to meet the requirements of religious groups. The ball is in our court and we have to work with them to set it up and make it work.

With that in mind, in the coming weeks and months, eat-halal.com will (Insha-Allah) attempt to move forward in this area with the support of the Muslim community as well as other Muslim organizations.

The facilities are there for us to get things done the way we want them and need them to be done. It’s just a matter of speaking up and co-ordinating.

Hopefully, in the future, Muslim travelers, patients, and prisoners will have one less thing to worry about, Insha-Allah.

Previous: Feel Like Eating Something Haram
Next: Boycotts and Objective Reporting