Focus on Halal food as Indonesia enhances trade with UAE 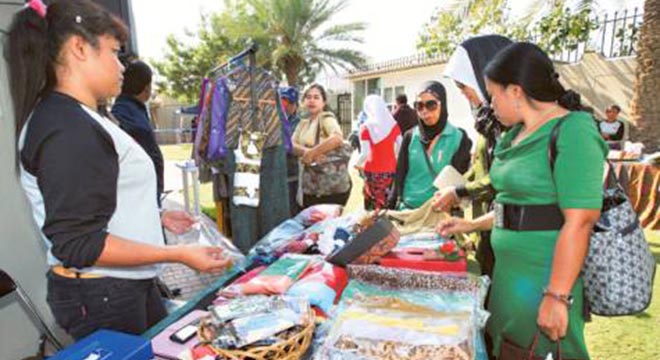 Dubai: Indonesia is seeking to boost its friendly relationship with the UAE with a greater focus on catering to the booming Halal food market, Gulf News has learnt.

The 75,000-strong Indonesian community in the UAE marked the 10th anniversary of the country’s consulate in Dubai with a day-long event at the Consulate General.

The event included cultural programmes and an Indonesian Bazaar that showcased a variety of Indonesian products including traditional delicacies as well as halal food products.

“We have a great relationship with the UAE and our relationship is getting better every day in terms of cultural exchanges, trade and social commitments,” said Imam Santoso, Consul General of Indonesia to Dubai.

The majority of Indonesians working in the UAE are household workers with some working in the services sector. Though the consulate doesn’t have the exact number of these workers, it is working to create a database.

“Our main focus is to protect our citizens and create awareness about their rights. We come across cases of disputes, which we try to resolve by involving all parties concerned.

“Last year we had 700 complaints about contract disputes, non-payment of salaries, abuse etc. that we resolved amicably. We thank the government of UAE for helping us take necessary steps in protecting our citizens working here,” added Santoso.

Apart from facilitating labour force, the consulate is focusing on enhancing trade between two countries, which stood at $3.3 billion (Dh12.11 billion) in 2012. The major imports from Indonesia to UAE are rubber products, tyres, textile, automobile spare parts and food products.

It is in food products, particularly the Halal market that the two countries are focusing on currently.

“We have an established system of Halal certification, which is overseen by Majlis Ulema of Indonesia and we are looking to enhance exchanges with UAE in this sector. A team from Indonesia visited Dubai recently and met with concerned authorities here to explore further cooperation,” he said.