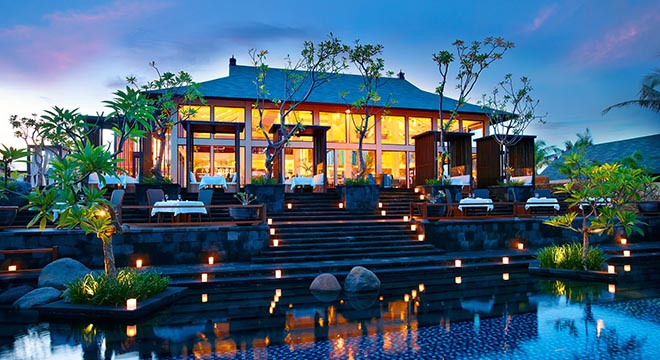 The government is developing a sharia tourism concept to lure the world’s growing number of Muslim travelers, especially from the Middle East, to visit Indonesia.

“We have recently finished the sharia tourism guidelines to pave the way for the development of this form of tourism in the country. We are collaborating with industry players who are willing to promote sharia tourism products,” Mari said in an interview.

The ministry has teamed up with Indonesia’s Ulema Council (MUI) in creating the guidelines and both parties are committed to developing the sharia concept in four products: hotels, restaurants, travel agents and spas.

“As the world’s largest Muslim country, we have strong potential to better develop this sector. We are going to continue to promote sharia tourism and provide assistance to players who wish to offer sharia products,” she said.

Worldwide Muslim traveler spending is projected to grow 4.8 percent annually to $192 billion by 2020, compared to the global average of 3.8 percent, showing great promise for the industry to capitalize on this market.

Sharia tourism alone was not simply pilgrimages or religious tourism but rather travel that complied with Islamic law, such as the provision of cuisine and beverages that contain no pork or alcohol, the separation of men and women at tourist recreational areas such as swimming pools and spas and the availability of water spray or jet washers in toilets, she said.

“Infrastructure-wise, access to these destinations is easy and they have enough players who can cater to the needs of Muslim tourists. Each province also offers great attractions to tourists, from shopping to culture and heritage,” Rizki said.

She said that the ministry had prepared booklets and other promotional materials to promote the 12 destinations abroad starting next year.

She expected that the diversification of tourism products, in this case through the sharia concept, would help the government achieve its target of attracting 10 million tourists in 2014.

Separately, Riyanto Sofyan, the chairman of the Indonesian Sharia Hotel Association (Ahsin) who is also president commissioner of the country’s first sharia hotel chain, Sofyan Hotel, said that the number of hospitality players seeking halal certification was projected to grow as the government tried to leverage potential from sharia tourism. Halal means permissible under Islamic law.

“There will be 14 companies, including from the hotel industry, that will be certified halal by the MUI next year. This is good news for Muslim travelers because they are nowadays more concerned about needing to stay in sharia accommodation facilities,” Riyanto said.

He said that today there were fewer than 100 hotels in the country that complied with Islamic law.

Currently, Sofyan Hotel operates nine hotels from the budget level, under the Sofyan Inn brand, to three-and four-star accommodations under Sofyan Hotel and Sofyan Premier, respectively, in major cities across Java and Sumatra.

Previous: Islamic Banking: A Guide to Personal Loans in Malaysia: What to Look Out For
Next: Opinion: Malaysia plans to be the first Islamic financial superpower