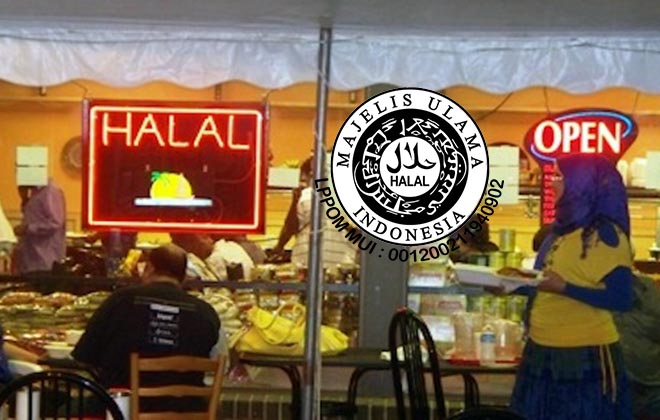 Jakarta Tourism and Culture Department and Indonesian Ulema Council (MUI) have issued a halal certificate for hotels, restaurants, and caterings in the capital city. The certificate will be strengthened with protection from form government regulation.

According to Arie Budhiman, Head of Jakarta Tourism and Culture Department, such halal certificate is not a mandatory requirement. Yet, it is important to provide comfort and confidence to the people.

“But if we see the market trends, which currently looks supportive of the requirement to have the halal certification. It isn’t just the terminology of belief, but its process is also guaranteed,” he stated while sticking halal stickers on one of restaurants, Pancoran area, South Jakarta, Tuesday 17-12-2013.

He also pronounced that government regulation as law protection will be issued next year. But it is not to impose sanctions, but only as an appeal. Moreover, the certificate has become a world trend. Thus, the government may help increase the number of visitors in the restaurants.

“As planned, the policy would be issued at the beginning of semester I. Halal food is the trend of the world. You can imagine if Indonesian employers do not have the halal certificate. Moreover, most of the population all over Indonesia is Muslim. The benefit is to encourage healthy foodstuffs, clean, good and support on aspects of the market,” he said. 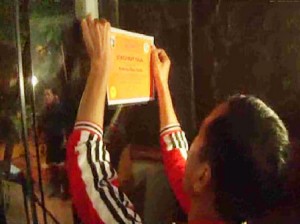 Even non-Muslim tourists are currently quite selective about halal food in a restaurant. At this time in the city, there are 315 outlets out of 32 groups of restaurant company that have been certified halal from MUI. While the rest 77 others are being processed. He hopes, if the restaurants already have halal certificate, it will attract more foreign tourist to visit Jakarta.

In the regulation, Budhiman continued, procedures for filling halal certificate will be made. “This is very important for our city as a tourism destination, considering many Middle East tourists find halal food. This is challenge for us,” he expressed.

He added such certificate is also about the health aspect. For the halal certification, each restaurant will be charged Rp 2.5 million. “It aims to ensure whether the used chicken in restaurant is still worth or not Or fish used had formalin or not,” he concluded.