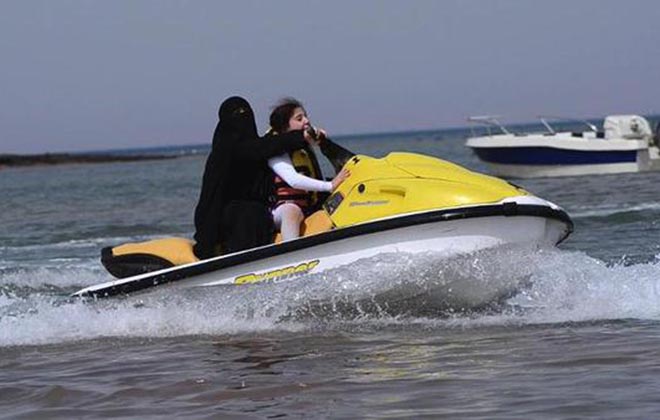 In a bid to tap into sharia or Halal tourism, Governor Joko “Jokowi” Widodo is preparing a gubernatorial decree (Pergub) on halal certification.

The certification will not be compulsory but hotels, restaurants and catering businesses will be encouraged to obtain one.

“The decree […] is optional. Halal tourism is a global trend and it’s ironic that we, the largest Muslim majority country in the world, are not capturing this opportunity,” Jakarta Tourism and Culture Agency head Arie Budhiman told reporters in Jakarta on Tuesday, adding that the gubernatorial decree would be issued early next year.

Sharia tourism is leisure and travel that complies with Islamic law, including the provision of cuisine and beverages that contain no pork, lard or alcohol.

“Up to 50 percent of foreign tourists arriving in Jakarta are from Middle Eastern and Southeast Asian countries. Meanwhile, 90 percent of domestic tourists to Jakarta are Muslims, most of whom wanted to ensure that what they eat is halal,” he said.

According to the Jakarta Statistics Agency, 25,206 Malaysian tourists visited Jakarta in October, topping the list of foreign tourists. In the same period, 12,431 Saudi Arabian tourists also arrived in the capital.

According to the agency, there were currently 315 food outlets from 32 food groups operating in Jakarta that had obtained halal certificates from the Indonesia Ulema Council (MUI). In addition, up to 77 outlets are currently in the process of obtaining halal certificates. MUI Food and Drug Analysis Agency (LPPOM MUI) deputy director Osmena Goenawan lauded the governor’s move, saying it would be the first of its kind in Indonesia.

“We support the governor’s move to issue such a decree ” she said. “Most Muslims will feel more relaxed if they are sure that what they are eating complies with their religion.”

According to Osmena, the certificate process costs Rp 2.5 million (US$205). “Our team will check the raw ingredients as well as the whole process. For example, we will check whether the chicken used was slaughtered in compliance with the Islamic procedure,” she said.

Endah Ansoroeddin, the secretary of the Indonesia Businesswomen Association (Iwapi) Jakarta chapter, said that business people welcomed the regulation, saying that the program would help businesses grow. “I received questions from visitors regarding whether everything in my restaurant was halal or not. Halal certification would make our business easier,” said Endah, who is a director at Dapur Sunda restaurant in South Jakarta.

According to the Tourism and Creative Economy Ministry, Muslim tourists around the world spent $930 billion in 2009. Throughout 2011, 239 million domestic trips were made, generating Rp 158 trillion in transactions with 80 percent of the trips assumed to be made by Muslims.