Halal Certification is one of the requirements that companies must look into if they wish to export their products into some Muslim countries including Malaysia, and Indonesia. Where as Malaysia has earned a reputation for being a market leader in the Halal Industry worldwide, the same cannot be said about its neighbour whose halal certification requirements have often come under fire. Indonesia, which also has a larger Muslim population than any other country in the world is an important market for exporters of food products and ingredients.

Indonesia is a major importer of agricultural commodities including wheat, soybeans, dairy products and corn. Indonesian imports of agri-food and seafood products are most prominently from Australia(19%), the United States (17.7%), China (10.4%), Thailand (7.3%), Argentina (6.4%) and Brazil (5.6%) (Global Trade Atlas, 2010). This indicates that Indonesia has a high demand on food products which come from abroad.

The following article by Natasha Bita for the News Limited Network highlights some similar issues that the Australian exporters and Halal certifiers are facing at the moment.

POWERFUL Muslim clerics in Jakarta are raising money for Islamic schools and mosques by forcing Australian businesses to pay an inflated religious levy on meat exports. 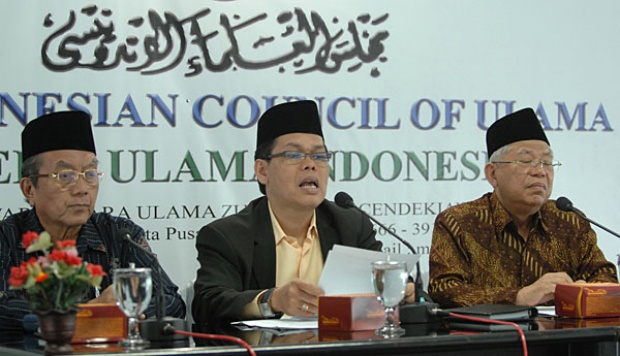 The Indonesian Council of Ulama (MUI), the top Islamic body which orders Fatwa religious rulings, is dictating how much Australian companies must pay to have their food certified as Halal, or legal under Islamic law.

The MUI has expelled three Australian certifiers of Halal meat – even ordering one to stop doing business because it was charging less than its rivals. The scandal has triggered a boycott by some of Australia’s leading meat processors, which are refusing to use more expensive certifiers endorsed by the MUI.

But abattoirs have been unable to export Halal meat to Indonesia as a result, risking a trade dispute with one of Australia’s key export markets.

“We have to standardise the charge to avoid any unfair competition between certifiers,” he said during an interview in Jakarta.

“If we allow them to charge under the standard (price), other certifiers will (find it) hard to get clients.”

“They should contribute for mosques, Islamic schools, the Islamic community and other social activities,” he said.

The MUI has suspended Brisbane-based Australian Halal Food Services (AHFS) for engaging in “unfair competition” that could “weaken (the) Halal certification movement”.

“Descended rate of price and cost of certifying … by AHFS … is an unfair competition and weaken(s) Halal certification movement,” its suspension letter stated.

One major Queensland meat processor, which did not want to be identified, claimed it had been quoted $27,000 a month in Halal certification fees through another MUI-endorsed certifier – four times more than AHFS had been charging.

Stephen Kelly, the general manager of industry affairs for the Japanese-owned Nippon Meat Packers, said its Queensland abattoirs that had used AHFS could no longer sell Halal meat in Indonesia.

“Indonesia is still an important market and we would be keen to have a resolution of this,” he said.

JBS Australia – the nation’s biggest meat packer and exporter with more than 8500 employees – has also been unable to export beef from Queensland to Indonesia.

“We would like to think there’s competition in the market rather than a monopoly in the market,” JBS director John Berry said.

Dr Shaberah said the Brisbane certifier, AHFS, had been suspended for trying to work interstate, and a Melbourne company, Australian Halal Authority and Advisers (AHAA), had been deregistered for “operating without a permit for more than five years” – even though it was recognised by AQIS at the time.

But a spokesman for AHAA said it had been banned from operating because its head office was in Victoria – where the rival Global Halal Trade Centre is the sole approved certifier.

Dr Shaberah said the third certifier to be struck off, the Adelaide Mosque Islamic Society of South Australia, had failed to pay its US$1000 membership fee and had been “out of contact” for more than a year.

The federal Department of Agriculture confirmed it had no power over approvals for religious certifiers, but a spokesman said: “The Australian Government values our close relationship with MUI and will continue to work together with MUI to overcome issues that affect the mutually beneficial trade in red meat to Indonesia.”

HALAL is an Arabic word meaning “lawful”. Foods that are prohibited as non-Halal include alcohol, pig meat and carnivorous animals such as crocodiles.

Muslims can only eat meat that has been prepared according to Islamic law.

Animals must be slaughtered by a “sane adult Muslim”, who invokes the name of Allah before slashing the animal’s throat with a razor-sharp knife as it faces Mecca.

It must not see other animals being killed, and must bleed out before processing.

Australian animal welfare regulations require that animals be stunned before slaughter, but Islamic groups insist that stunning is non-Halal.

Previous: Malaysia’s Halal export growth on uptrend
Next: Malaysia: BIMB finally has the funds to buy Bank Islam by year-end