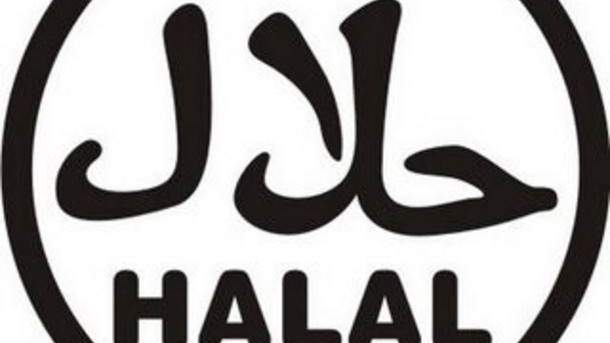 Muslims are instructed by ALLAH, Subhanahu wa ta’ala, to eat only Halal foods and when in doubt to avoid its consumption. This incentive dates back to the time of Prophet Adam, alaihis salaam, when he was clearly instructed not to eat the fruits of the forbidden tree (haram). Prophet Adam, alaihis salaam, succumbed to the nafs (temptations) and ate the fruit for which he was chastised and punished by ALLAH. He was banished from heaven to Earth.

Over the centuries the faithful prepared and consumed their own food. For the past few decades, food started to cross the borders from food surplus non-Muslim countries to food deficient Muslim countries.

The early 1980’s were important for Halal Certification for it saw the establishment of Halal authorities and committees in different Muslim countries to monitor and enforce Halal requirements in foods. The Malaysian government is considered to be the leader in the globalization of Halal certification. In 1982 whilst responding to Muslim consumers pressure Malaysia initiated the establishment of a national Halal/Haram committee under the auspices of the Islamic Center (Pusat Islam) in the Prime Minister’s Department. Malaysia enjoys diversity in religion and race and needs to keep a balance between Muslims and others. This committee had members that ranged from the Ministry of Health, Ministry of Trade and Consumer Affairs, Department of Veterinary Services as well as scientists from universities, which offered food science/technology courses. The Islamic Center (Pusat Islam) served as the permanent Secretariat and has been funded by the Malaysian government.

This committee was energized from the onset and began functioning immediately. It conducted regular spot checks in food service establishments, hotels, restaurants, and food processing facilities. Their aggressive compliance checks on products displaying Halal symbols/logos drew mixed responses from the industry. Muslims were obviously impressed and satisfied but the processors, owners, restaurants, and food service establishments, who were predominantly owned by non-Muslims, reacted with skepticism about the government’s intentions. They looked at it as a ploy to rid them of their businesses and there was a sense of panic amongst them. The Halal/Haram committee began dialogue sessions with owners of restaurants, food service establishment, processing plants, hotels and fast food outlets to impress upon them the government’s good intentions on Halal. The non-Muslim manufacturers, owners of restaurants fast food outlets, hotels and food service establishments gradually realized that the Halal Compliance program actually helped them as they increased sales to Muslim consumers who previously refused to buy food products produced by non-Muslims. The government’s Halal symbol/logo printed or displayed on food prOducts and premises made it easier for Muslims to purchase and consume these food products. It took a while but eventually the non-Muslim foodservice operators, restaurant owners, fast food outlets operators, hotels began requesting Halal certification and the government had difficulties in approving and issuing Halal certificates due to the high demand. The Malaysian experience should be a model for other countries to emulate. It is evident that Halal works.

Indonesia, a Muslim country with a population of more than 200 million began their Halal certification and compliance program as a result of what has been termed as the “Pig Fat Scare”. There was confusion and almost panic among Muslim consumers about the fear that most processed foods and foods served in eateries contained pig fat (lard).

This was a serious problem confronted by the Indonesian government and as a result it led to the formation of a regulatory body called the Assessment Institute for Foods, Drugs and Cosmetics by the Majlis Ulama Indonesia (MUI), a council of religious scholars. This Institute began functioning immediately and began investigating and evaluating foods sold and distributed in the country and was successful in dispelling the fears of the consumers. MUI is responsible for deciding the Halal status of the food but not before the Assessment Institute for Foods, Drugs and Cosmetics have done a complete audit of the production facility of the food, be it a restaurant, a factory or a fast food outlet. A report is submitted by this Institute to MUI who then issues a Fatwa (ruling) about the Halal status of the food. Then a Halal certificate is issued. In Indonesia the government has enacted laws to ensure that genuine Halal foods be marketed and that. consumers be protected and given their due rights. These food laws are UU RI No. 7/1996 and PP No. 69/1999 regarding labeling and advertisement.

This Institute has successfully brought back Muslim consumers’ confidence in the Halal nature of foods sold domestically and through its stringent auditing procedures have been able to achieve the respect and confidence of the Muslim ummah in Indonesia.

In Singapore, the government gave full support and backing for the establishment of the Islamic Center of Singapore (MUIS) even though Muslims are a minority. The Islamic Center began providing services and started its Halal certification program in 1978 and the first Halal certificate was issued in the same year. Food imports including meat and poultry have to be Halal certified by an approved Islamic organization in the country of export. If labeled Halal, foods sold locally must provide proof of authenticity or face prosecution. Constant checks and auditing are done on food processing establishments, restaurants, hotels and fast food outlets to ensure that truly Halal food is sold.

Recently, the Singapore parliament passed the amendment of the Administration of Muslim Act (AMLA) in 1999. Through this amendment the Islamic Center of Singapore (MUIS) was given further powers by the Singapore government to regulate, promote and enhance the Halal food industry.

Similar regulatory agencies have also been set up in countries like Thailand and South Africa. They provide services that help to monitor Halal compliance in slaughterhouses and manufacturing establishments for further processed products, both locally and internationally. Foods imported and sold domestically are constantly monitored and information on Halal is disseminated to local Muslim consumers who form a minority in these countries.

In the Middle Eastern countries, they have formulated the Gulf Standards for prepared foods and have laid down requirements and guidelines for food imports. Food exported to these countries including meat. and poultry must have Halal certificates issued by recognized Islamic organizations in the exporting countries and certificates issued have to be endorsed by the Arab Chamber of Commerce or the Consulate of the importing country.

Halal certification has come a long way and made tremendous progress in these short years. These government and non-government Halal certifying and monitoring agencies have contributed significantly towards genuine Halal food trade and have been able to ensure that Muslim consumers get authentic Halal certified food products.

Article courtesy of the Islamic Food and Nutrition Council of America (IFANCA) – http://www.ifanca.org