UK: HALAL meat could help secure the future for Weobley abattoir in Wales

The Weobley site could soon be back open thanks to PAK Mecca Meats Ltd – a company which markets itself as “your gateway to non-stun halal market”. 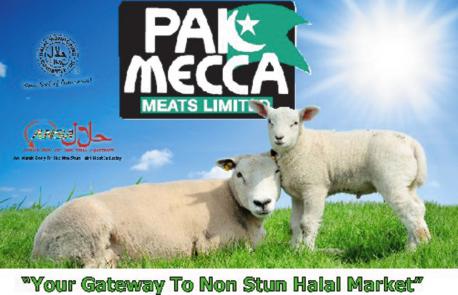 PAK received planning permission to develop the 6,050 square metre site, which the Birmingham firm bought at auction in Ludlow.

Planning documents showed that the business would largely deal with sheep and cattle, would be open Monday to Friday from 4am until 3pm and employ 30 full-time members of staff.

Halal meat must be prepared in strict accordance with Islamic law.

The production of the meat has been criticised by some animal rights groups but Lucy Hurds, the Liberal Democrat parliamentary candidate for Hereford who has strong links to Weobley, welcomed the move.

She said: “The former owner was trading with some companies for which he did halal meat so it’s not something that’s new.

“Obviously people hear it and have a panic about it but basically it’s pretty much going back to what was going on before, and if it gives farmers locally a market, without having to travel miles, that can only be a good thing.

“I hope they will make use of local skills too.

“As long as the safety regulations are met, then it’s not a bad thing.”

The abattoir has had a somewhat chequered recent history. Extra security was needed in February 2004 when the then owners were given a licence to sell slaughtered horses for consumption abroad.

Later in 2006, vet Ian Jackson was crushed to death by a loose cow at the site before Stephen Jones was paid “substantial” damages in 2008 after falling on unguarded blades of a cutting tool.

In October 2009, staff were locked out of the abattoir and went without pay for several weeks before the site closed.

There is, as yet, no indication when the abattoir will open. The site was empty when the Hereford Times visited this week.

PAK Mecca Meats Ltd had not returned calls at the time of going to press.