Differentiation of products, focus on all communities and being transparent towards customers are needed for Islamic finance to make an impact 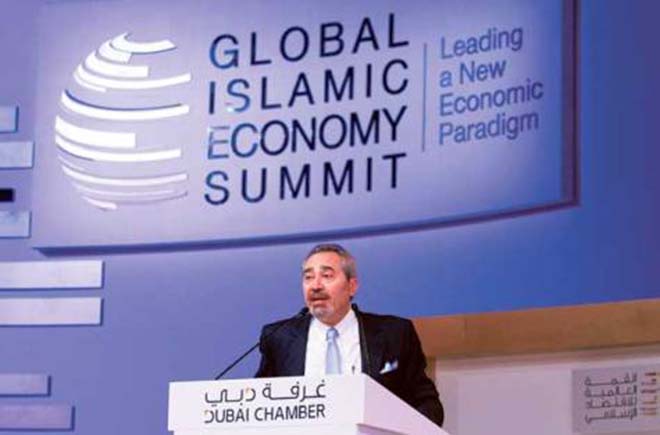 Dubai: Islamic banks have to not just take on and resolve the challenges they face but also reorient themselves in the way they do business to enter into the next cycle of growth and become mature.

That was the view of a group of banking chief executives during a debate on Islamic Finance: Banking on emotions or merit at the first Global Islamic Economy Summit 2013 in Dubai on Wednesday.

The customers in that survey were asking for ethical banking and a bank that is simple and accessible. “Islamic banks have an opportunity to leverage ethics…and you have to do things in the best interest of the customer,” said Tirad Mahmoud, chief executive of Abu Dhabi Islamic Bank. If you do this properly, you will be able to attract that indifferent customer group [in the survey], which is quite substantial.”

Hussain Al Qamzi, chief executive of Noor Islamic Bank, echoed similar thoughts when he said that there is a need to be clear and transparent about the money we take from the customers, the money we invest.”

But he also added the challenges of differentiation, cost and size faced by the Islamic banks when compared to their conventional counterparts: He said that differentiation would help to set apart our products from conventional banks and there is a need to cut the costs and be of a reasonable size to achieve economies of scale. And technology can help us to do all of these, he said.

Adnan Chilwan, chief executive of Dubai Islamic Bank said: “If we need to make a key effect or impact on the market it is going to be differentiating in nature rather than relying on beliefs”. The products need to be customer need-based rather than bank need-based, Chilwan added.

In this regard, there is need to promote innovation and speed of innovation, said Mahmoud.

As for reorienting Islamic banking and finance, Mahmoud laid down a vision of the future. Substance rather than form should be brought into the market; creation of straightforward financing that are Sharia-compliant rather than relying on synthetic structures like Tawaroq and, lastly and more importantly, focusing on all communities.

Mahmoud said: “As Islamic banks, our objective is to make the world a better place to live in. The world is expanding and we have something to offer to the rest of the world, not just the Islamic community” .

Previous: Opinion: Call to unify halal standards in the UAE
Next: Second Day of the Global Islamic Economy Summit highlights Dubai’s potential to be the Centre of the Islamic Economy