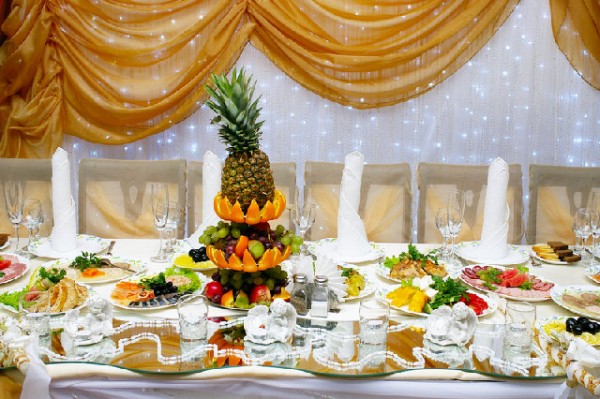 I stoodin the soup aisle in the supermarket. I had been having cream of mushroom for the last week or so as a part of lunch, and Alhamdulillah, it was okay, but the taste wasn’t all that great. I was looking for an alternative. Maybe cream of vegetable or just tomato vegetable.

A fancy can of Campbell’s soup with chicken or beef (can’t recall) caught my attention. It looked delicious. Plus, for all my life, I had only bought vegetable prepared soups. Perhaps, only for once, I could try a delicious meat soup?

The thought crossed my mind for a few short seconds. My mind tried to justify this potentially enormous error in judgment. “It’s not pork,” I told myself. “Some Muslims just eat any meat (as long as it’s not pork) anyway”. “I’ll just try it once.” “It’s notTHATmuch of a big deal, is it?”

Thankfully, I snapped out of this misguided state of mind after a few seconds, and didn’t buy the product. I picked up a pack of instant tomato vegetable soup instead, and was soon on my way.

As I reflect back at those few moments, I can only praise Allah (SW) that he didn’t let me fall prey to my desires.

“It’s not pork,”I had told myself. So what? Pork is not the only thing that is prohibited. Allah (SW) has said:

“Eat not of (meats) over which Allah’s name has not been pronounced. That would be sinful (fisq).” (Surah al-An`am; 121)

“They ask you what is lawful for them (as food). Say: Lawful unto you are (all) things good and pure and what you have taught your trained hunting animals (to catch) in the manner directed to you by Allah. Eat what they catch for you and pronounce the name of Allah over it.” (Surah al-Ma’idah; 4)

“Why should you not eat of (meats) on which Allah’s name has been pronounced?” (Surah al-An`am; 119)

“And there are cattle on which, (at slaughter), they do not pronounce the name of Allah, a fabrication against Him. Soon He will requite them for what they have been fabricating.” (Surah al-An`am; 138)

How do we know that the pronouncement of the name of Allah is meant to be at the time of slaughter and not at any other time?

Rafi’ ibn Khadij (Allah be pleased with him) narrates that the Messenger of Allah (Allah bless him & give him peace) said: “if the killing tool causes the blood to gush out, and the name of Allah is pronounced, then eat (of the slaughtered animal).”(Sahih al-Bukhari, no. 5498)

The two hadith above show a direct correlation between slaughter and the pronouncement of the name of Allah, at the time of slaughter.

Just because some Muslims do something, it doesn’t make it any less unlawful or severe. Whosoever does something, he/she will be held responsible for it by Allah (SW). The punishment given to me for a given act will not be lowered just because I had followed what somebody else was doing simply because I felt like doing it (unless Allah decides to forgive me).

Of course it’s a big deal! Breaking even the smallest of the orders of Allah (SW) even once, is a big deal, and should be considered to be as such.

Allah, Most High, has said:

“O people! Eat of what is in the earth, Halal and Pure, and do not follow the footsteps of Satan. Indeed, for you he is an open enemy.” (Surah al-Baqarah; 168)

“Eat of that which Allah hath bestowed on you as food lawful and good, and keep your duty to Allah in Whom ye are believers.” (Surah al-Ma’idah; 88)

In fact, it is such a big deal that the dua’as (supplications) of a person whose diet is Haram may not accepted by Allah (SW). This means that if our diet is Haram, our calls and requests to Allah (SW) could go unheeded! (May Allah protect us. Ameen)

Sayyiduna Abu Hurayra (Allah be pleased with him) narrates that the Messenger of Allah (Allah bless him & give him peace) said: “Allah the Almighty is pure and accepts only that which is pure. Allah has commanded the faithful to do that which he commanded the Messengers, and the Almighty has said: ‘O Messengers! Eat of the pure things and do right’. And Allah the Almighty has said: “O you who believe! Eat of the pure things We have provided you.” Then he (Allah bless him & give him peace) mentioned (the case of) a man who, having journeyed far, is dishevelled and dusty and who spreads out his hands to the heavens (saying): ‘O Lord! O Lord!’ while his food is unlawful, his drink unlawful, his clothing unlawful, and he is nourished unlawfully, so how can he be answered!”(Sahih Muslim)

Now that we know the importance of eating Halal, let’s try to eat Halal – all the time. If we’ve knowingly eaten Haram before, this is a good time to make sincere repentance to Allah (SW), and to promise Him that we’ll never do it again (Insha-Allah).

“O you who believe! Turn unto Allah in sincere repentance! It may be that your Lord will remit from you your evil deeds and bring you into Gardens underneath which rivers flow, on the day when Allah will not abase the Prophet and those who believe with him.” (Surah at-Tahrim; 8)

May Allah forgive us and guide us onto the right path. Ameen.