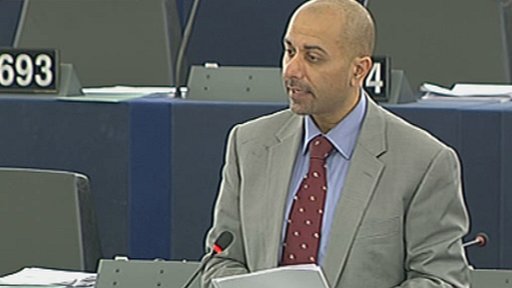 BRUSSELS, Sept 27 (KUNA) – A British Member of the European Parliament Sajjad Karim Friday said a Danish MEP was trying to tighten up regulations that could mean animals slaughtered in compliance with either Islamic or Jewish regulations would receive distinct labelling from animals not killed through religious slaughter.

“Once again this issue has surfaced. If we label a product as ‘halal’ or ‘kosher’ it will automatically single it out and subsequently drive down sales, push up prices and destroy availability,” said Karim in a press sttement.

“These plans are discriminatory since only animals which are killed for meat using the Halal or Shechita method would require a special label when sold to consumers or sold onto the processed meat industry, while animals which are shot, gassed or stunned would not be labeled as such,” he noted.

Karim said he was working to try to convince Members of the the European Parliament that this regulation appears to single out this method of slaughter and that the will continue to fight against this discriminatory proposal.

Read the full article at: http://www.kuna.net.kw/ArticleDetails.aspx?id=2336011&language=en