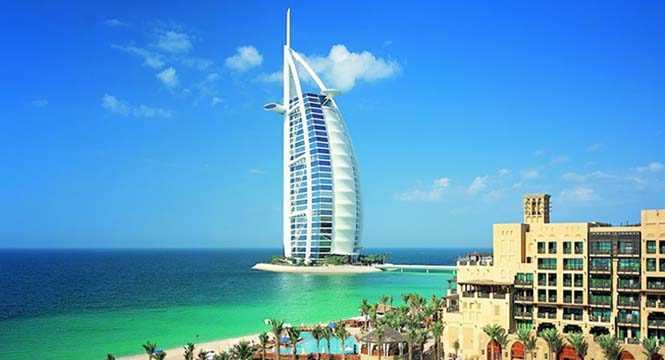 Dubai has proposed to the federal government of the United Arab Emirates that the UAE create a sharia-compliant retirement savings scheme for foreign workers, a step which could help to develop the Islamic funds industry.

The aim is that the scheme will be nation-wide, though if the federal government does not want to participate, Dubai may implement the plan merely within the emirate, a source at Dubai’s Department of Economic Development told Reuters.

“We’ve spoken to everybody – the public and private sector – and have received a positive response, especially from multinational corporations,” the source said, declining to be named because the matter has not been publicly announced.

“It should be a sharia-compliant scheme.”

Currently, companies employing expatriates in the UAE pay them end-of-service sums when they leave. Under the proposed scheme, which would be voluntary for companies, employers would pay money earmarked for future retirements into a central system that would manage the money under Islamic principles.

This would allow the money to be managed with economies of scale, while giving employees a sense of security. There is no time frame for the scheme to be launched, the source said.

“We have the green light from the Dubai government and are waiting to hear the response from the federal government,” the source said. Similar ideas have been discussed for a number of years in the UAE, and the central government has moved slowly with many economic reforms.

Dubai has a growing population of about 2.2 million while the UAE’s population is estimated to be as large as around 9 million, roughly 80 percent of whom are foreigners. The country relies heavily on expatriate workers for its oil, construction and service industries.

Earlier this year Dubai launched a drive to become a top centre for Islamic financial services, and the savings scheme could be a major boost to its sharia-compliant funds industry.

“There is a huge gap because asset managers are not looking into Islamic finance. The scheme would help bridge that gap as it develops the Islamic fund management industry,” the source said.

According to data from Lipper, a Thomson Reuters company, Islamic mutual funds globally hold about $46 billion of assets under management, up from $41 billion at end-2012. This is dominated by Malaysia, Saudi Arabia and Luxembourg, which host a combined 71 percent, leaving other financial centres behind.

Money in Dubai’s proposed scheme would initially not be invested in large amounts in local markets, which might not be able to absorb the liquidity, the source said. The portfolio would be diversified globally.

“If you can get expats here to save and in a sharia-compliant (scheme), that would be a huge boon for this industry,” said Abdul Kadir Hussain, chief executive of Mashreq Capital, a local fund manager.

“It will multiply growth in assets under management – you could easily see 50 to 100 percent growth just from the UAE. In terms of impact, it’s probably the easiest win.”

Islamic fund managers screen their portfolios according to religious guidelines such as bans on tobacco, alcohol, gambling and interest payments.

Unlike their ethical counterparts in Western markets, they still struggle with a lack of scale; close to half of them globally have under $10 million in assets under management. Only 80 funds have more than $100 million in assets, and the ten largest Islamic funds represent over 44 percent of assets.

“If it’s Dubai, it just takes the government to say they will do this and it’s done. Dubai can do it. It can be any scale. Hopefully, you get to a scale and build on it to get a domino effect,” Hussain said.