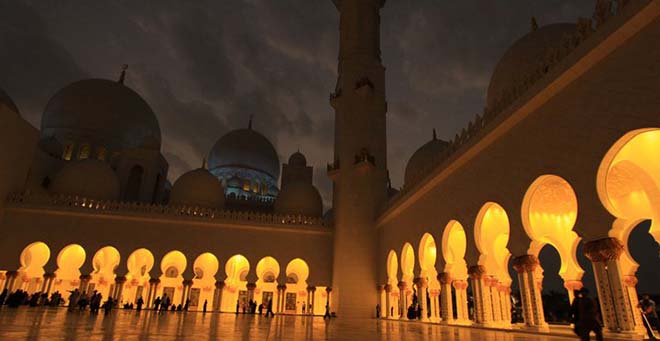 The Islamic Development Bank (IDB) has announced that it will set up a $10 billion (Dh37) billion sukuk programme on Nasdaq Dubai, the region’s international exchange, a boost to Dubai’s efforts to become a top center for Islamic finance in competition with other cities.

The announcement was made at the World Islamic Economic Forum being held in London.

It would be the Jeddah-based IDB’s third sukuk program – it already issues Islamic bonds in London and Kuala Lumpur – and its first in a Middle Eastern country. The international lender, which has 56 member countries, promotes economic development in Muslim countries and communities.

In January, Dubai launched a drive to become a center for Islamic business; its exchanges have so far listed $12.5 billion of sukuk and the total is expected to reach $16bn by year- end, a statement from the office of Dubai’s ruler said late on Saturday.

The move represents a momentous addition to the constant successes of ‘Dubai the Capital of Islamic Economy’ initiative, as it increasingly attracts new strategic partners from local, regional and international institutions.

No time frame was given for the launch of the IDB’s program. Its sukuk are highly sought after by Islamic investors because of their AAA credit rating, so they could offer a much-needed boost to trading volumes in Dubai and encourage more issuers from outside the emirate to choose Dubai as their listing venue.

The IDB, which provides project financing for its 56-member countries, has expanded its sukuk programme to Dh37 billion from Dh24 billion previously, as it increases its financial support for economic and social development.

“As the IDB plans a significant expansion of its activities, Dubai’s world class exchange and regulatory architecture together with its commitment to providing Islamic finance solutions of the highest quality make it a natural home for our securities,” IDB president Ahmad Mohamed Ali was quoted as saying in the statement.

The IDB also plans to expand its sukuk program on the London Stock Exchange this month to $10 billion from the current $6.5bn. It has issued 15 sukuk in London since 2005.

In addition, the IDB has a 1 billion ringgit ($313 million) program listed on Bursa Malaysia, which has raised a total of 700m ringgit via three sukuk since 2008.

Dubai’s announcement comes days after Britain unveiled plans to issue a 200m pound ($320m) sovereign sukuk, the first from a Western country, ramping up efforts to promote itself as an Islamic finance hub.

Mohammed Abdullah Al Gergawi, Chairman of the Executive Office of His Highness Shaikh Mohammed bin Rashid Al Maktoum, Vice-President and Prime Minister of the UAE and Ruler of Dubai, and Chairman of the Higher Committee for Development of the Islamic Economy sector, said: “The significant success of the ‘Dubai the Capital of Islamic Economy’ initiative within a short period of time since it was launched, stems from the innovative vision of Shaikh Mohammed bin Rashid, as well as the supervision and directives by Shaikh Hamdan bin Mohammed bin Rashid Al Maktoum, Crown Prince of Dubai and Chairman of the Executive Council of Dubai, to provide local, regional and international strategic partners with all necessary requirements to tap the sophisticated infrastructure and regulatory environment available in the UAE.”

Welcoming this significant development, Al Gergawi went on to say that the UAE, as a prominent member state of the IDB, is in an excellent position to provide a supportive and appreciative environment for the bank’s financing needs and activities. “We are confident that the continuing growth of Islamic finance sector in the UAE, as Dubai further builds up its expertise and capacity in Islamic financing solutions will make an increasingly valuable contribution to economic development and the well-being of communities in the UAE, the region and internationally,” he concluded.

Dr Ahmad Mohamed Ali Al Madani, president of the IDB, said: “As the IDB plans a significant expansion of its activities, Dubai’s world-class exchange and regulatory architecture together with its commitment to providing Islamic finance solutions of the highest quality make it a natural home for our securities.”

“Supported by sukuk listings on Nasdaq Dubai, as the international financial exchange based in the region, the IDB is well-placed to finance its activities in sectors ranging from energy to transportation and agriculture to health and education across the Islamic world,” he added.

Essa Kazim, chairman of Dubai Financial Market and secretary-general of the Higher Committee, said: “Dubai’s rapid expansion as a centre for sukuk, with new listings valued at more than $6 billion so far in 2013, reflects its commitment to the ‘Dubai, the global sukuk centre’ initiative launched in February this year. As sukuk issuance expands worldwide, we look forward to further listings from the private and public sectors as well as multilateral organisations.”

It is noteworthy that Dubai capital markets have successfully attracted sukuk issues of Dh46 billion since the launch of ‘Dubai, the global sukuk centre’ by Shaikh Mohammed bin Rashid Al Maktoum, and this number is expected to reach Dh60 billion by year end.