The emirate has been selected to host the 10th session of the World Islamic Economic Forum, which will be held next year. 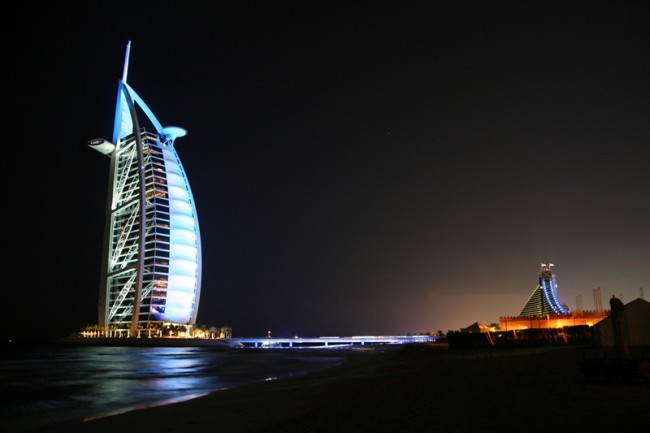 Dubai’s selection as host of the 10th session of the World Islamic Economic Forum 2014 – one of the world’s largest gatherings to share knowledge, experience and expertise in Islamic economy – will take the emirate a step closer to its vision of becoming the world capital of the Islamic economy.

The announcement came during the opening day of the World Islamic Economic Forum 2013 in London, being attended by a high-level Dubai delegation headed by Mohammed Abdullah Al Gergawi, Chairman of the Executive Office of His Highness Shaikh Mohammed bin Rashid Al Maktoum, Vice-President and Prime Minister of the UAE and Ruler of Dubai and Chairman of the Higher Committee for the Development of the Islamic Economy Sector, including top government and Dubai Chamber of Commerce and Industry officials.

Al Gergawi accredited this achievement to the vision of Shaikh Mohammed, who initiated the ‘Dubai: Capital of the Islamic Economy’ initiative and laid clear guidelines to focus efforts on the various aspects of developing the Islamic economy, and whose ambitious strategy has started to bear fruit.

Al Gergawi stated that the selection clearly indicates Dubai’s ambitions in achieving global leadership in the area of the Islamic economy. It also reflects Dubai’s potential to make a huge success of global events and presents the emirate as a viable option for hosting major international forums and conferences.

“Hosting this global event is extremely important for Dubai’s status as a leading centre of major events and conferences, especially after the launch of the strategic plan for developing the Islamic economy sector, which includes seven key pillars and 46 strategic initiatives, and will allow us to prove our organising capabilities and status as a leading proponent of the Islamic economy, under the wise leadership of Shaikh Mohammedand the direct supervision of Shaikh Hamdan bin Mohammed bin Rashid Al Maktoum, Crown Prince of Dubai and Chairman of the Executive Council’, Al Gergawi said.

Leading the Dubai Chamber delegation to the 9th session of WIEF in London, Hamad Buamim, President and CEO of the non-profit organisation, stated that the wise vision of Shaikh Mohammed bin was clearly directed towards bringing economic progress and prosperity to Dubai. “The emirate is time and again proving that it has no parallel when it comes to hosting major global exhibitions, events and conferences,” Buamim said.

The President and CEO of Dubai Chamber went on to say that the hosting of the next session of the World Islamic Economic Forum, which is attended by senior government officials and business leaders from around the world, will highlight the city as a hub for Islamic business and its capabilities in offering Islamic products, services and practices.

“At Dubai Chamber we are constantly striving to enhance the competitiveness of Dubai and its rewarding business environment while promoting its status as a global hub for major exhibitions and forums. The emirate enjoys a great reputation among global businesses and we have to keep playing our part, boosting this image and providing the most fertile ground for the prosperity of the business world’’, Buamim said.

Dubai Chamber will be the organisers of the 10th round of the Forum in 2014, which will be attended by prominent global leaders including heads of states, academics, experts and decision-makers, besides influential figures in the field of Islamic economy.

The World Islamic Economic Forum, which was launched in 2004, is attended by over 2,500 delegates from far corners of the world and helps businesses explore investment opportunities, as well as providing a forum for policy-makers and thinkers to discuss ways to benefit from the growth of Islamic economy, and the subsequent demand for Islamic products.