The continued rise of Islamic finance in the UK 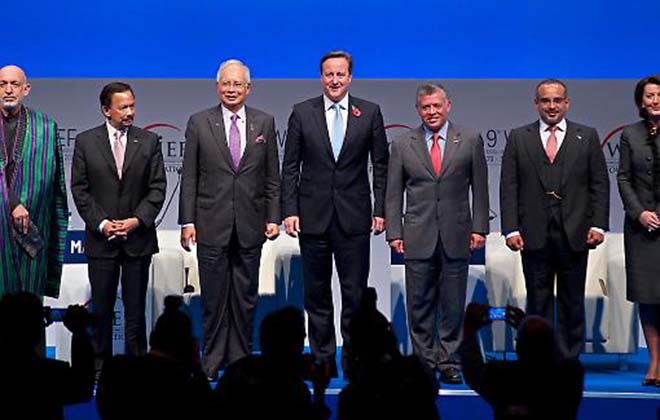 At the ninth annual World Islamic Economic Forum in London on 29 October, David Cameron announced that he wants to see London standing shoulder-to-shoulder with Dubai and Kuala Lumpur as one of the great global centres of Islamic finance. In saying this, he declared that he intends Britain to become the first non-Muslim state to issue sukuk – Islamic bonds that are structured in such a way as they do not infringe upon Sharia law.

While the issue size is expected to be relatively modest – approximately £200m in the first instance – the announcement should rightfully be seen as a symbol of the square mile’s desire to capture a large share of the growing Islamic finance market. Few would dispute the wisdom of this move, for the growth of Islamic finance since the first sukuk was issued in Malaysia in 2000 has been very impressive.

The global Islamic economy, which includes the Islamic finance industry, is estimated to have a total value of $8 trillion. Sukuk have been used since their inception as a means for corporates and states to raise alternative financing. In light of the global crisis and liquidity squeeze, Islamic finance has grown exponentially. On this basis, it would be strange in a sense for London and other global financial centres not to try to gain some market share and we should expect announcements similar to that of Cameron’s from spokespeople in New York, Frankfurt, Paris, Hong Kong and Singapore.

The growth of Islamic finance is attributable to many different factors, but that growth would not have been possible without the development of the contemporary financing techniques or structures that underpin the industry. For this, sukuks today can be seen as a union between religious principles and modern financing techniques. One can understand the appeal of sukuk, particularly in light of the banking crisis that has gripped the Western world and beyond since 2008, for in some senses it can be seen as a more tangible investment than a conventional bond, because the sukuk owner has a stake in the underlying asset rather than a share of debt. So while a conventional bond holder essentially receives interest on a loan, the sukuk holder receives a share of profit derived from the commercial ventures of the business, rather than on interest (interest is strictly forbidden under Sharia law).

However, despite the clear political will for the UK to become an Islamic finance hub, there are undoubtedly challenges lying ahead. An obvious area of weakness is a lack of indigenous expertise in terms of awareness of the range of financial products on offer and the various structures that can be implemented to make finance initiatives Sharia-compliant. Although there are Islamic finance practices operating out of London, there is still a dearth of expertise. Furthermore, regulation standardising practices and giving confidence to borrowers will be required to grow the industry. However, these are not immutable, nor insurmountable, obstacles.

As uncertainty persists in certain parts of the global economy, it has created an opportunity for Islamic finance to continue to flourish and expand into new economies. The UK has put down a marker in aiming to be the first western nation to issue sukuk and such a move is to be welcomed by the markets and legal and financial services. If some of the challenges are removed then watch this space, for it would be a brave individual who discounts the possibility of further growth in this intriguing market. There are currently 50 sukuk listings on the London Stock Exchange – expect many more to come.