“Only Jakim is authorised to give any statement regarding halal issues,” says minister for Islamic Affairs Jamil Khir Baharom. 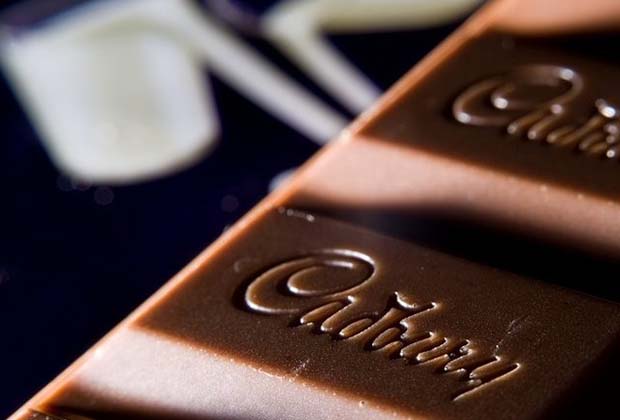 PETALING JAYA: Cadbury Malaysia re-affirmed that all its chocolate products made and sold in Malaysia are halal following JAKIM confirmed it’s test on the two affected batches did not find  any pig DNA on Monday the 2nd June 2014.

Managing Director, Mondelez Malaysia, Sunil Sethi said: “We at Cadbury Malaysia are happy to confirm what we have believed all along – that the chocolates we make and sell in Malaysia are halal. Having operated in Malaysia for over 40 years, nothing is more important to us than our consumers’ trust. We intend to put this incident behind us and focus on spreading joy which is at the heart of everything we do at Cadbury.”

While explaining that all of the local Cadbury products comply to Jakim’s guidelines, Sunil also urged that future abnormalities in tests conducted by relevant authorities get proper verification prior to being made public.

“While incidents like this are unfortunate, we are grateful to the relevant authorities for clearing the air,” he said.

Sunil added: “We understand the importance of ensuring that the cultural and religious interests of all Malaysians are met. Muslims make up the majority of the population in Malaysia, which is why halal is and always will be our non-negotiable top priority.

“We have established an Internal Halal Committee (IHC) since we were certified in 2004 to demonstrate our commitment towards halal. Our employees are trained on the requisite certification.”

The incident triggered a ripple of panic in Malaysia, with some Muslim NGOs even declaring Jihad against the confectionery giant and others demanding to undergo blood transfusions to remove possible traces of pig DNA.

In a show of confidence of their own lab test, Department of Islamic Development (Jakim)’s officials said that they were willing to consume the Cadbury chocolates in public, which the Health Ministry found traces of pig DNA.

Jakim senior director for Halal Hub Mohd Amri Abdullah was confident that the Cadbury chocolates are halal after the department conducted their own test on the allegedly tainted chocolates. 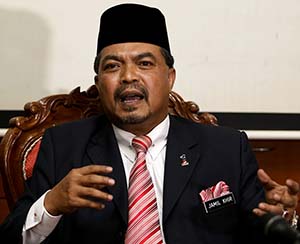 “The lab is a dedicated lab for conducting such tests. The samples were sent there for testing direct from the Cadbury factory. No Pig DNA was found ” he said.

However, there was no explanation given on why the findings differed between Jakim and Health Ministry.

This was the sole lab in the country approved by Jakim.

According to a media report, Health Ministry director general Noor Hisham Abdullah said the ministry would work with Jakim to align lab tests for halal certification for products.

Noor Hisham insisted that there was no issue with the ministry’s lab capability and ability, however, he pointed out that every lab “has its own standard.”

On the samples of Cadbury chocolates, which were tested positive for pig DNA, Noor Hisham revealed that the samples were not taken directly from the factory, thus it was possible that the samples may have been contaminated before being tested by the ministry.

Despite Jakim’s assurances, Muslim consumers are likely to remain skeptical and doubtful in the halal status of the Cadbury chocolates.

Concerns over halal food standards could jeopardise Cadbury’s parent Mondelez International Inc’s sales in other Muslim markets, such as Indonesia, home to the world’s largest Muslim population, and the Middle East.

The Malaysian Islamic Consumers Association (PPIM) on Wednesday proposed that the government formulates a ‘Halal Food Act’ to protect the interests of Muslims and the integrity of Islamic institutions in the country.

Its secretary, Datuk Dr Ma’amor Osman said the halal certification system could be an economic sabotage and a disaster if issues concerning food such as the crisis on the discovery of the pig DNA in the Cadbury chocolate was not handled properly.

“We hope the government is serious and committed in protecting and empowering the interests of Muslims, the integrity, religion and institutions of Islam such as the Malaysian Islamic Development Department (Jakim) and the state Islamic Religious Departments,” he said in a statement

“People need to understand that we can’t immediately take action against Cadbury when there’s no solid evidence yet or if contamination occurred in the factory itself or if it was external factors,” said Othman Mustapha, the director-general of Jakim recently.

PAS Youth chief Suhaizan Kaiat, in a statement on Facebook, said Jakim’s clarification may have come a little too late.

“Even though Jakim has certified the chocolate products as halal, I think the Muslims can’t accept it anymore. Whatever it is, if you are doubtful then avoid it. It is better. You don’t die from not eating chocolates.

But if Cadbury was slandered because of Health Ministry’s mistake, we must act fairly (but likely you won’t buy it anymore when it is back to the shelves),” he wrote.

Suhaizan’s advice was also echoed by Amri, who said it was best for Muslims that have strong reservations or doubts on Cadbury chocolates to avoid the products.

Products in Muslim countries are regularly checked to make sure they are halal. Apart from pork, items considered non-halal by Muslims include alcohol and the meat of animals and birds that have not been slaughtered according to Islamic rituals.

Ma’amor said the PPIM also proposed that the government increased the number of accredited laboratories so that the confirmation of the presence of the pig DNA could be traced without any doubt.

Cadbury re-affirms its Malaysian chocolates are halal
"Only Jakim is authorised to give any statement regarding halal issues,” says minister for Islamic Affairs Jamil Khir Baharom. PETALING JAYA: Cadbury Malaysia re-affirmed that all its chocolate products made and sold in Malaysia are halal following JAKIM confirmed it's test on the two affected batches did not find  any pig DNA on Monday the 2nd June 2014. Managing Director, Mondelez Malaysia, Sunil Sethi said: “We at Cadbury Malaysia are happy to confirm what we have believed all along - that the chocolates we make and sell in Malaysia are halal. Having operated in Malaysia for over 40 years, nothing is&hellip;

Previous: Pakistan could serve as the worlds ‘Halal Kitchen’
Next: Muslims in Canada cracking down on fake Halal foods