Britain fired up over khat popularity

British government looking to ban the stimulant, but many migrants say khat is part of their culture. 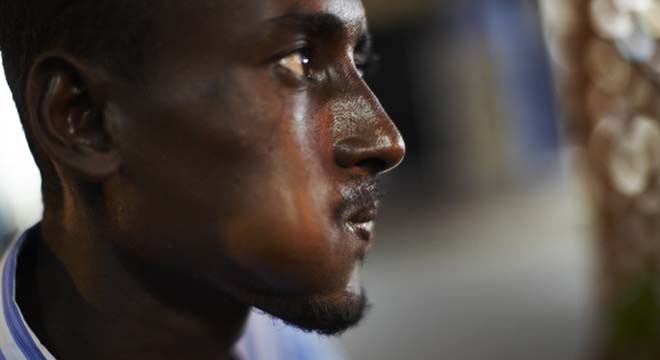 Southall, London – On a rainy night in West London, home to one of the capital’s largest Somali communities, inquiries into the whereabouts of the nearest mafrish or “khat house” illicit chuckles from the locals.

The usual customers purchasing the green herbal stimulant – popular with the diaspora from the Arabian peninsula and Horn of Africa from where it originates – rarely have a white face. When prompted on their views of the substance, a fiery debate erupts among a group of Somalis drinking tea in a corridor behind an electronics store.

To snorts of derision from some of his friends, Mohamed, a local taxi driver, launches into a tirade against the drug. Khat has been blamed by critics as responsible for mental health issues, crime, unemployment and despondency in the community.

“If I was Prime Minister David Cameron, I would stop it immediately, not next month, not next year – immediately,” Mohamed said. “Everywhere on the street you see Somalis chewing khat and they lose control, they don’t even know their own families. It’s like cocaine. I’m sorry but the people who chew khat … they are not human.”

“If you are chewing khat, you can’t wake up in the morning, you can’t do anything for your children, you can’t pick them up for school, and you are the one that creates this problem.” – Mohamed, anti-khat taxi driver

His friend Hassan leans back and smiles. Years ago Hassan was a truck driver, and chewed khat leaves to keep himself awake for the long journeys.

“No, you cannot say that they are not human,” he said. “I think that in the last 400 or 500 years, it is well known that most nations living in East Africa specifically have been consuming this natural grass.”

Mohamed is keen to show the effects of khat to outsiders, driving his taxi past the seemingly endless parade of brightly lit Indian supermarkets and temples to a well known mafrish. He continues to rail against the dangers of the plant.

Khat is illegal in the United States and most of Western Europe, even the Netherlands, a country with one of the most liberal drug policies in Europe. In July 2012, UK Home Secretary Theresa May stated the Home Office’s intention to ban the plant and classify it as a Class C drug, putting it into the same category as anabolic steroids and ketamine, directly contravening the government’s own Advisory Council on the Misuse of Drugs (ACMD) who opined that such a ban was unnecessary.

“Failure to take decisive action and change our legislative position on khat would place the UK at serious risk of becoming a single, regional hub for trafficking,” the Home Office said in a statement. “Banning khat will help protect vulnerable members of our communities and send a clear message to an international audience that the UK is a hostile place for traffickers.”

However, recent developments in the debate may ensure that about 2,500 tonnes of khat flown into the UK each year will continue to be consumed.

In November, the powerful cross-party Home Affairs Select Committee deemed the ban to be “inappropriate” and “disproportionate”, citing concerns over the possible tensions between the police and ethnic minorities, creation of a black market, and the damage it would pose to UK-Kenyan relations, as Kenya is the primary exporter of khat.

Somali Abukar Awale campaigns in favour of the ban on khat, an activity that has made him deeply unpopular amongst many chewers and traders. 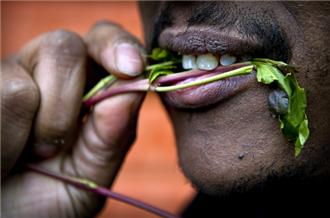 He has in the past received death threats because of his stance. Awale, however, continues to speak out against Khat use.

After coming to the UK in 1997 as a young man, he sought advice from some Somalis in a khat house, who gave him a kilogramme of the plant and told him to relax.

“I have to admit that in the beginning I enjoyed it, but time flies and it becomes a habit,” Awale told Al Jazeera.

“You always find someone that offers you some, it’s not much money, so days become weeks, weeks become months and before I knew, I slowly lost contact with my family and friends and I started to avoid everyone. That was my life for seven years.

“In the beginning I was chewing maybe just two or three pieces and then in the end it increased to 10 or 12. The irony is if you ask someone in the mafrish for three pounds for the bus to go to a job interview, they won’t give you it, but if you ask them for money for khat, they will.”

By his own admission, Awale became a paranoid, violent addict. In February 2004, he got into a fight with another khat chewer who stabbed Awale four times in the stomach.

“I’m not proud of what I did but I can honestly say that it took a knife to knock some sense into me. I think that if Britain wants to be so tolerant towards ethnic minorities and their habits and choice of drugs then please, equal opportunities – let’s allow the Rastafarians their marijuana, the Afghans their poppies, let’s all get high.”

In a cramped basement in North London, groups of East African men sink into threadbare sofas, unfold their green bundles of khat, and shout at a televised football match. Barely 12 hours ago, the plants were loaded onto a plane in Kenya and flown to the United Kingdom. Khat loses its potency quickly and so is usually wrapped in banana leaves to retain its freshness. Some mix the green leaves with flavoured chewing gum and drink coloured sugary sodas to mask the bitter, grassy taste.

Ali is a musician who plays mainly for weddings and special events in the Ethiopian community. A friend enters, leans over and hands him a pink, wrinkled betting slip that Ali studies wearily.

“I tell you one thing the government should ban and that’s betting shops. Gambling is the worst addiction I have ever seen, people lose their lives,” he said.

A thumb-sized ball of khat protrudes from his right cheek as he crams more leaves into his mouth.

“To be honest, if I had more work, like a full-time job, I probably wouldn’t do this … But right now I don’t work so much and coming here is much better than sitting at home on your own.”

And what will happen to the community when the mafrishes have to be shut down if the government criminalises the use of khat?

“I don’t know. But since I came here, there wasn’t a day where I felt lonely.”