ADEP’s Brazilian Shari’ah livestock transaction allows a select group of Brazil’s “Top 40″ cattle feedlot operators to increase their capacity utilization, in the states of Goias and Sao Paulo (states with land area equivalent to the size of Germany and the UK, respectively). It is common industry practice for cattle financing to typically be in USD 3 million-5 million range per Rancher depending on physical feedlot pens capacity (equivalent to 8,000 – 14,000 heads).

ADEP financing was structured as a combination of Wakala (agency) and Murabaha agreements enabling investors to buy and take title from Rancher, of liquidly traded cattle (the most liquid agricultural commodity in BMF Bovespa, Brazil’s largest exchange), insured and stored physically in separate feedlots inspected and supervised by a global monitoring company; and appointing ADEP (as agent) and Rancher (as sub-agent) to sell cattle at principal plus agreed profit rate primarily to Brazil’s key Global beef processing companies on payment against delivery basis.

Muneef Tarmoom added, “amongst the industry firsts in this transaction is giving investors the opportunity to access Shari’ah-compliant real asset investing, in the world’s seventh largest economy that ranks #1 in terms of beef exporting volumes, with capital and profit protection from ‘A’ rated Global investment bank and a yield pick-up, as an alternative to paper based London Metal Exchange commodity Murabaha commonly offered by many Islamic banks, that are frowned upon by most Shari’ah scholars and have no material impact to the real economy. Another first, is using latest information technology to allow investors to view online “live 24/7″ their purchased cattle in federally regulated feedlots, all with the objective of increased peace of mind and operational transparency.”

Mr. Juan Fernando Valdivieso (Managing Partner, ADEP) stated, “originating, structuring and placing Shari’ah compliant products is not easy, and to adapt them to Brazil was very challenging; it took persistent effort from our Abu Dhabi and Miami offices and origination team on the ground in Brazil to coordinate and execute transactions with Beef processing companies, prospective Ranchers, as well as our network of advisors. Structuring partnerships with top feedlot owners in Brazil and securing cattle sales with some of the world’s largest beef processors has proven to be a win-win-win for all parties. Feedlot owners get convenient financing to increase their feedlot utilization and drive lower costs per head, beef processors get large volumes of cattle to slaughter in the dry months to improve their capacity utilization and ADEP’s investors get pure Shari’ah-compliant investments with an attractive yield pick-up for their capital and profit rate protected investments.”

Juan Fernando Valdivieso added, “the hard work in originating attractive deals in Brazil is now beginning to pay ample dividends with deals being closed, and over $100 million worth of identified physical cattle and sugarcane based transactions in pipeline for 2014. ADEP’s strength has been in combining emerging markets, agri-business, Islamic finance and business management discipline to arrive at new investment solutions.”

Prominent Shari’ah scholar and professor of law Dr. Hussain Hamid Hassan commented, “We congratulate ADEP for bringing a unique short term investment opportunity to the Islamic investors, which not only provides competitive returns but also adds value in the real economy while supporting the Halal meat industry.” Similarly, Dr. Aznan Hasan, President, Association of Shari’ah Advisors in Islamic Finance (ASAS) stated, “ADEP’s Livestock backed financing demonstrates that it is indeed possible for the Islamic finance industry to develop commodity-based products that are competitive in major international markets, whilst at same time have real economy activities. This physical commodity backed offering is indeed a better alternative to the practice of commodity Murabahas, and we encourage and look forward to more such products”.

Muneef Tarmoom added, “According to World Trade Organization, between 1990 and 2012, the Mid-East agriculture trade deficit has increased exponentially from $-6 billion to $-79 billion, whilst in the same period, the Brazilian agriculture trade surplus has grown in almost the exact opposite direction from $+7bn to $+73bn. With continued Mid-East population growth, declining water levels, further urbanization and changing diets, it is expected the Mid-East agricultural trade deficit will continue to deteriorate in the next twenty years. On the other hand, surplus agri-trade balance in Brazil is expected to grow with world demand given (according to FAO) highest excess farmland, renewable water resources and good weather conditions. Therefore, it would appear logical that with Muslim population of over 90 per cent, and pools of excess liquidity, strategically positioned Islamic financial institutions in the Mid-East and beyond stand to gain substantially from such “South-South” trade corridor in the next two decades. ADEP aspires to be a player along such a reliable and tested strategic food security axis.” 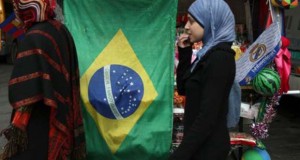 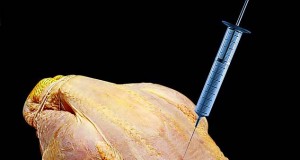 UK: What’s really in supermarket poultry: If only water was ALL they pumped into your chicken