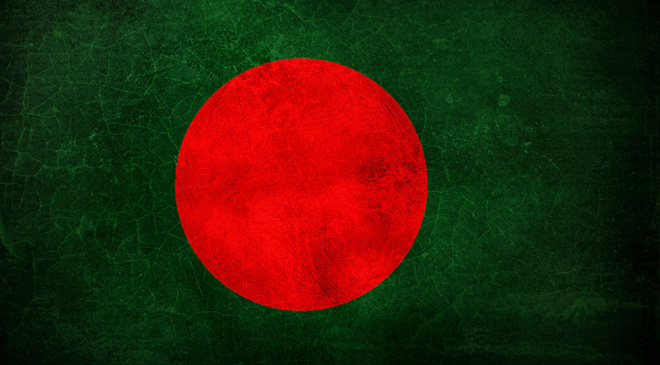 Bangladesh offers huge potential for the establishment of a halal food industry besides serving as a platform for Malaysian companies to penetrate Western and European markets.

Malaysian High Commissioner in Bangladesh, Norlin Othman said there was huge demand for halal food products in this country of 160 million people out of which 95 per cent were Muslims.

“We are competeting with India and Thailand in the food industry but we have an edge over them because of our status as an Islamic country,” she told reporters during a briefing, Sunday.

She said besides having long established diplomatic ties, Malaysia and Bangladesh are members of the Organisation of Islamic Conference, the Commonwealth of Nations and D8 (group of eight major OIC members), besides sharing a common stance on many issues.

She said Malaysia contributed fund to Universiti Teknologi Islam which was funded by the OIC.

Last year, two-way trade, which was in Malaysia’s favour, stood at US$1.4 billion (RM4.48 billion), with Malaysia exporting petroleum, crude palm oil and machineries while imports from Malaysia comprised textile and frozen food.

Norlin said besides opportunities in the food industry, Malaysian companies could also use Bangladesh as a platform to penetrate Western and European markets as it attracted low tariffs.

“Bangladesh is considered a less developed country by European Union and Western markets. They get very good tariffs, even duty-free, to the EU,” she said, adding that air service between Malaysia and Bangladesh was also good with six flights flying from Malaysia to Bangladesh daily.

On Malaysian investments in Bangladesh, Norlin said they were concentrated in the country’s energy and telecommunication industry.

She said one such investment in Bangladesh’s energy sector was by 1Malaysia Development Board which had invested US$500 million (RM1.55 billion) in three sub-stations which supplied 80 per cent of Dhaka’s electricity demand.

She said utility giant, Tenaga Nasional Bhd, is in the final stage of negotiations with Bangladesh Power Development Board to build a coal-fired power plant in Bangladesh.

Besides attracting Malaysian investors to Bangladesh, Norlin said efforts were also underway to promote medical tourism among the locals.

Medical tourism is patient movement from highly developed nations to other areas of the world for medical care, usually to find treatment at a lower cost.

Norlin said that the Malaysian Health Tourism Council had opened an office in Bangladesh to attract such patients to seek treatment in Malaysia.

“We stand a good chance of luring more medical tourists to our shores. Our medical facilities are at par with other countries but the advantage in Malaysia is that we share the same culture and food,” she added.

Meanwhile, on the supply of workers to the plantation sector in Malaysia, she said 1.5 million applications were received from Bangladeshis who wanted to work in Malaysia but after screening them, 500,000 were found to be suitable compared with the requests for only 10,000 workers from Malaysian employers.