Bangkok:Thailand To Set Up Halal Industrial Park In Pattani 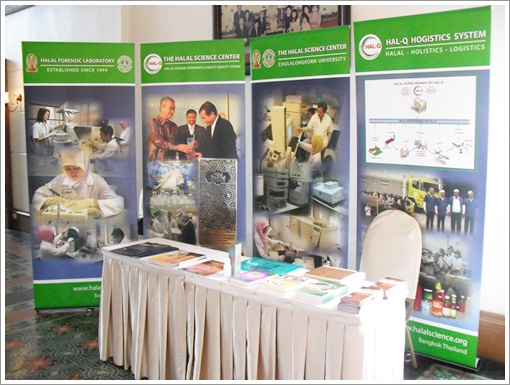 The Government of Thailand to set up halal park in Pattani, Bangkok.

The Thai government has announced several development initiatives to be implemented in its southern region provinces, including a proposal to acquire a piece of land to develop a halal food industrial estate in Pattani.

Deputy Government Spokesperson, Sunisa Lertpakawat, said the Committee for the Implementation of Policies and Strategies to Solve Problems in Southern Border Provinces will propose to the Cabinet to spend 21.95 million baht to acquire 26.5 hectares for the halal food industrial estate.

Another 83.97 million baht was approved for the continuation of the local force volunteers project in 2014, she said.

“The project has encouraged the local people to participate in the resolution of the problems,” she said.

Sunisa said the committee also approved compensation for 51 victims of the Takbai incident in 2009 on the proposal by the Southern Border Administrative Centre (SBPAC).

The allocation will be provided for in the SBPAC 2014 budget, she said.

Previous: US: It’s official! The Halal Guys will be opening up a new restaurant on 14th St in November
Next: US: Halal Certified PRENATAL Multivitamins launched by Nutrition Enhancement