How serious is the Issue? 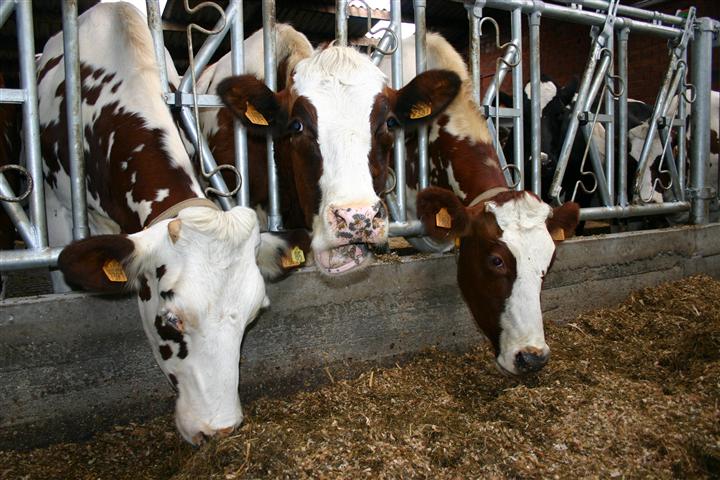 “Animal Feed is far more crucial and important from a Shari’ah point of view than the customary issues often raised by the Muslims such as machine slaughter versus hand slaughter; stunning or not stunning or whether one can eat what is slaughtered by people of the book (Christians, Jews, and Sabaeans),” According to Sheikh Ahmad Kutty.

There is a lot of confusion and many questions about the processes used in the manufacture of animal feed. Let us examine some of these issues and clarify some of the questions.

On many farms, it is quite common to include a “protein supplement” in the animal feed. The practice is not limited to major farms, also labelled as factory farms. The protein supplements may be used by farmers who claim to raise their poultry and cattle on the ranges where the animals roam freely, known as free-range farms. These “protein supplements” are made from slaughterhouse by-products and other ingredients. Some scholars and consumers feel that feeding animal ingredients to Halal animals should not be permitted. Others consider it the equivalent of Jallalah.

Jallalah is defined as an animal that is addicted to eating filth. There is no difference of opinion as far as the definition is concerned. The Prophet (S) prohibited the meat and milk of Jallalah animals. He even prohibited riding them. The jurists have differed on the strength of this prohibition. According to Imam Shafi’i, it is Haram to eat the meat of such animals. However, according to Imam Abu Hanifah, Imam Malik, and Imam Ahmad Ibn Hanbal, the prohibition is mild and it is Makruh (undesirable but not forbidden).

Those who consider these “protein supplements” to be Jallalah believe that any animal eating the supplements becomes Jallalah. Since most of the animal feed in the West contains extracts from other animals, they conclude that Muslims cannot consume any meat from North America.

In fact, Jallalah animals are the animals that live near the dunghills or filth dumps. Most of their food is “jullah”, i.e. excrements, filth, dead animals and the like. These animals smell bad and their meat, milk, and even their sweat stinks. However, if the Jallalah animal is quarantined and fed a clean, normal diet for some period, then its meat can be eaten. This period is considered to be from 3 days to 40 days depending on the size of the animal.

It is important to keep in mind that all animals eat some dirt and filth, even when grazing in pastures or on the range. It is for this reason the jurists emphasize that Jallalah is the animal that lives on filth where most of its food is filth. However, if it only occasionally eats such foods or only a small portion of its consumption is such foods, its meat is not forbidden. Based on this, it may be going too far to conclude that all meat from North America is Jallalah, since most of the feed consists of grains, hay or seeds.

It is difficult to determine the percentage of animal by-products that are currently being used in animal feeds. This depends on a number of factors including the species of the animal being fed; the purpose of the feed; the costs of the by-products; the quality of the protein and whether the animal being fed is living under confinement or on a feedlot. Additionally, developed countries are using less and less animal by-products in the feed and some European countries have banned their use outright. To help prevent the establishment and amplification of mad cow disease through feed in the United States, the U.S. Government implemented a final rule that prohibits the use of most mammalian protein in feeds for ruminant animals, however this ruling does not apply to poultry.

When animal by-products are used, they go through a long preparation process, which includes heating treatment under pressure, grinding and extracting. Animals used for human food do not eat animals. However, they might be fed on raw tissues of by-products that are highly processed into feed supplements and then added to the animal feed in very small quantities.

In conclusion, the use of animal by-products to supplement animal feeds does not appear to make the feed “jullah”, hence the animal eating this feed should not be considered as Jallalah. While there is some difference of opinion on whether Jallalah animals are Haram, many consumers prefer not to consume the animals that have been fed animal by-products. Even some government agricultural agencies have been concerned about the possibility of animals contracting diseases due to animal by-products in the feed. Until the Islamic Scholars can reach a consensus on the issue, it will be difficult to implement a unified approach to certifying such meat and poultry products. Many consumers are turning to organic products including organic meat and poultry products. This is a good alternative for the Halal consumer, as long as the animals are processed according to Islamic guidelines. As more and more consumers embrace organic products, the laws of supply and demand will move the markets in that direction. In the meantime, the best we can hope for is full disclosure by the food producers so each consumer can make an educated choice or accepting these products or avoiding them.

May Allah give us all hidayat to seek, procure and consume halal, always – Insha Allah. And Allah, Subhanahu wa Ta’ala, knows best!